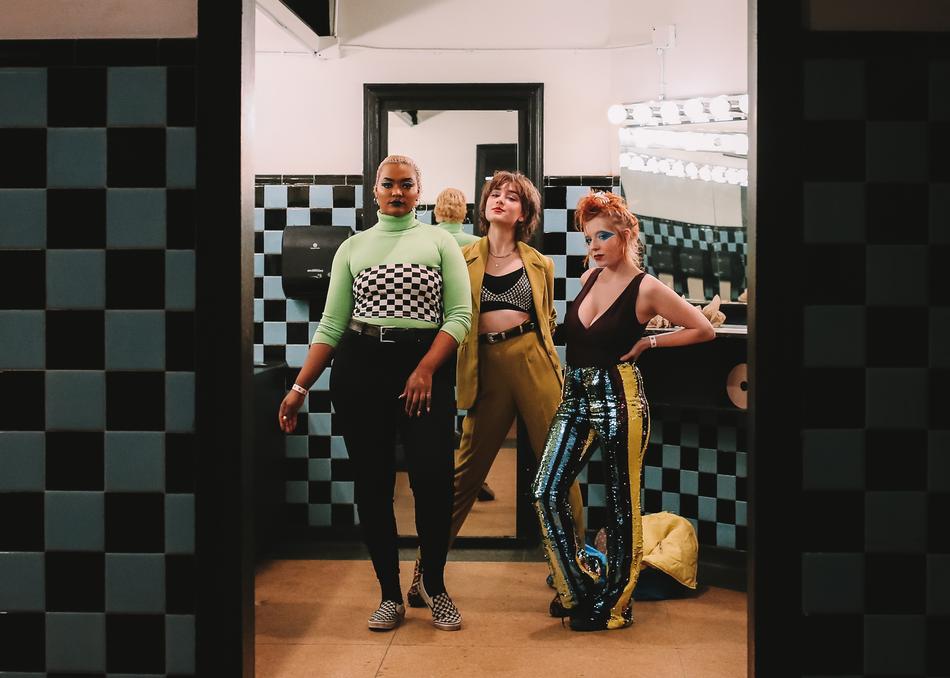 Born from passion, Kathy, Nadi, and Natalie make up the Minneapolis 3 piece that Gully Boys is today. Gully Boys' melodic tunes and raw lyrics make it hard to believe that in 2016, none of them knew how to play their instruments.

On December 20th, 2019, Gully Boys released their second EP, Phony and managed to make it on City Pages 20 best local albums of 2019. Gully Boys finished 2019 with a month-long residency at 7th Street Entry playing with the likes of Marijuana Deathsquads, tiny deaths, Lydia Liza and more. Their songs "New Song No. 2" is on regular rotation on NPR's The Current and KEXP.