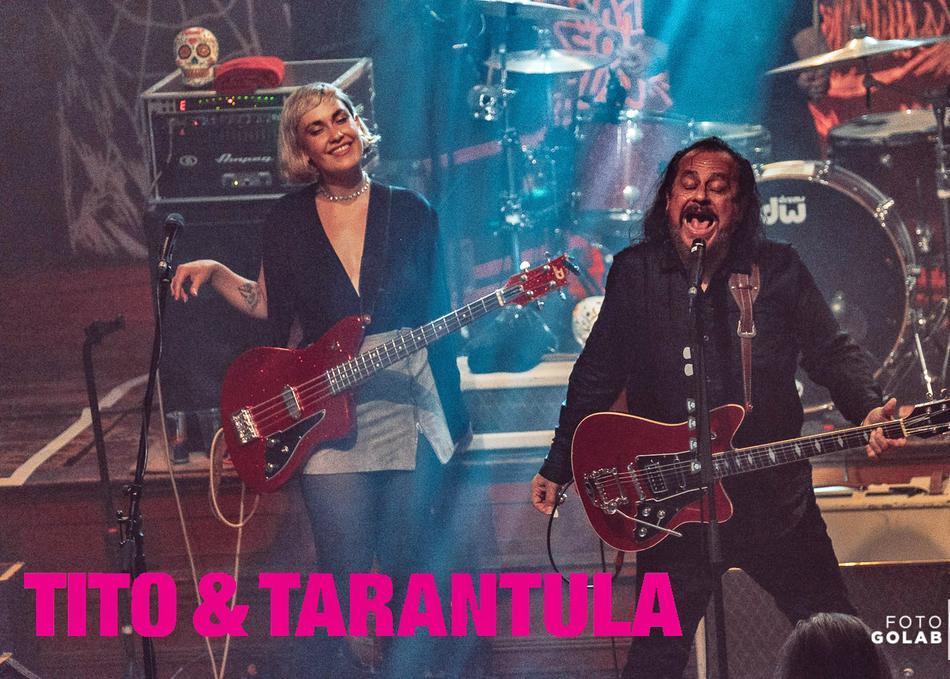 Tito and Tarantula - After Dark

Tito & Tarantula is an American chicano rock/blues band formed in Hollywood California in 1992 by singer/songwriter/guitarist Tito Larriva. The band is best known for its songs, "After Dark", "Machete Theme" "Back to the House That Love Built", "Strange Face of Love", and "Angry Cockroaches", as well as for its role in Robert Rodriguez's film From Dusk till Dawn as the band performing at the "Titty Twister" nightclub. "After Dark" was the track played during Salma Hayek's iconic exotic dance scene in that film, and later became the theme for From Dusk Till Dawn: The Series. In 2019 the band released their first album in 10 years " Eight Arms to Hold you".