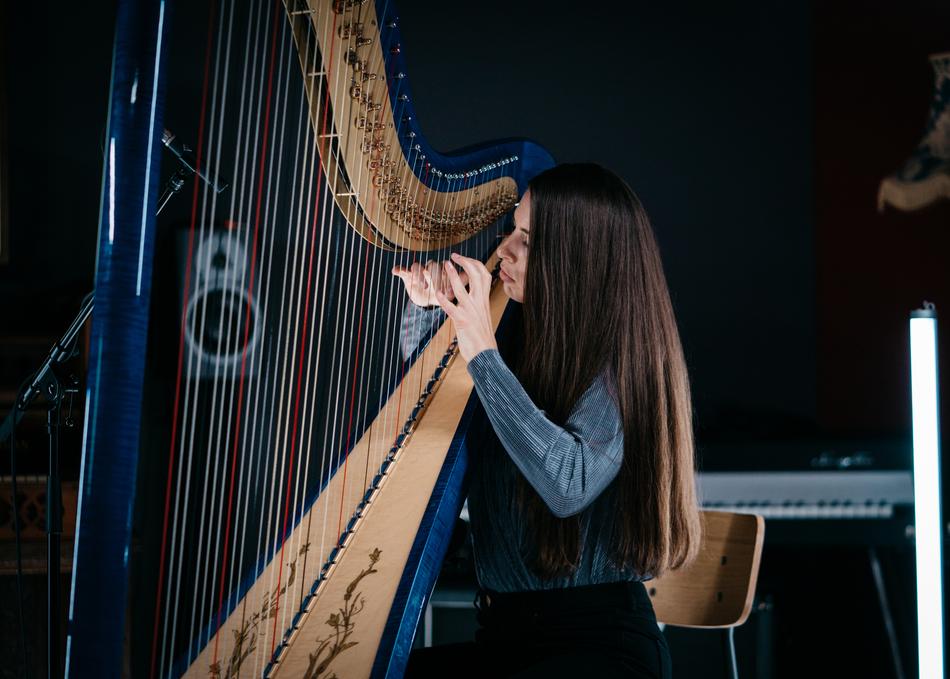 Lara Somogyi is a Los Angeles based harpist and contemporary classical performer-composer. Known for her work with electronics and pedal fx her work is focused on forging a new artistic identity for the harp.

She is an active session harpist - recording in a wide range of genres for Film and TV, most recently featuring on Hans Zimmer’s score for Disney’s The Lion King, Greenbook, BBC Blue Planet II, Charlie’s Angels, Da 5 Bloods and Birds of Prey.

Lara’s compositions and live performances have been featured in Apple Music’s Up Next Series, Roland Sessions, Spitfire Audio "One's to Watch," Lionsgate’s film Public Disturbance, and is a featured performer at Google X for their women in technology and innovation initiative.