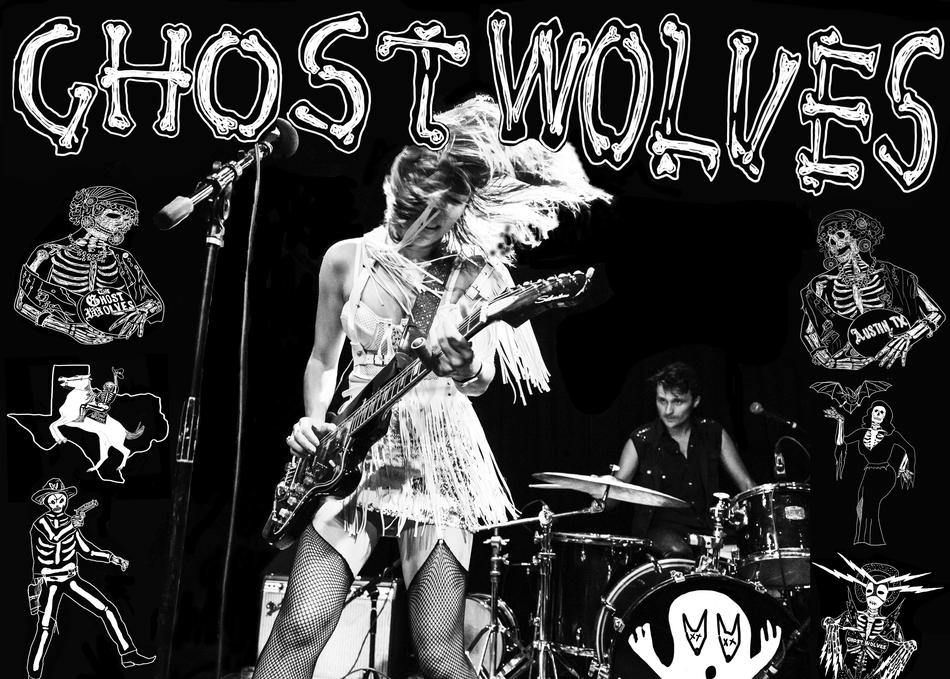 Formed in 2011 and hardly taking time to sit since then, the Ghost Wolves create, record and tour at a dizzying clip. Blending rock n' roll, punk rock and blues with electronic elements, the duo has earned a reputation as one of the hardest working bands in the modern rock n’ roll underground, touring internationally for almost 8 years straight, with nearly 1000 shows between them in 23+ countries including most of Western Europe, USA, U.K., and Japan.

Artist is seeking the following professional connections: Other Artists to Tour With
Genre: Punk
Subgenre: Blues
From: Austin, TX