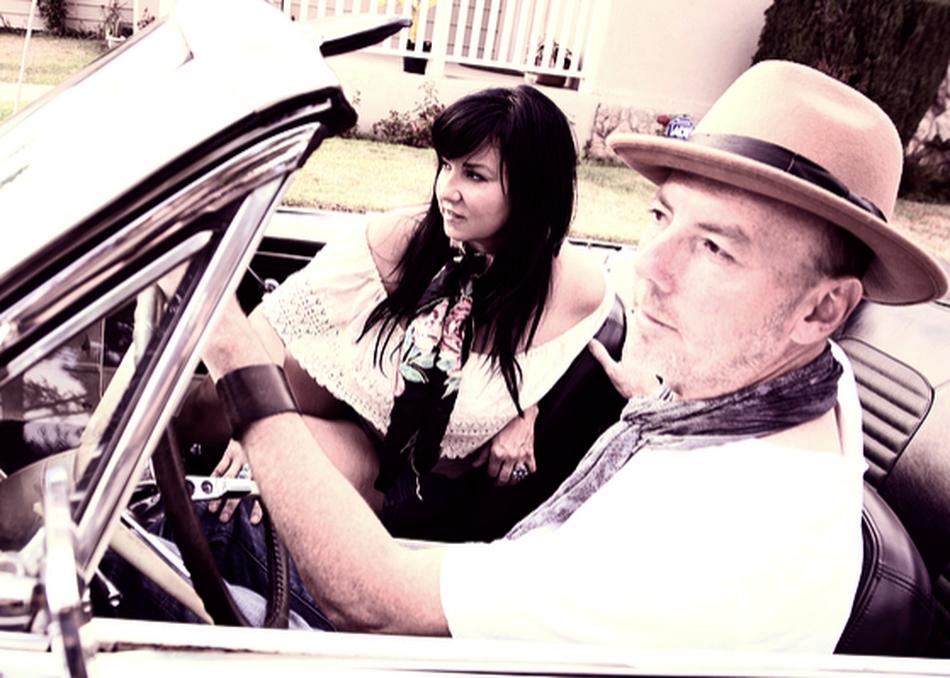 An Americana band whose sun-kissed songwriting, fiery electric guitar, and lush vocal harmonies evoke the California coastline as much as the Bible Belt countryside, the HawtThorns are rooted in the collaborative chemistry of husband-and-wife duo KP and Johnny Hawthorn.
In a genre that often trends toward moody sounds, their debut full-length record Morning Sun is every bit as bright as its name indicates — an Americana album inspired by the sun-streaked California landscape in which it was written and recorded. It's a record about intersecting lives and finding that balance, with songs that rely equally on Johnny's guitar lines and KP's melodic sensibilities.
Before forming their band in Los Angeles, the Hawthorns both enjoyed acclaimed careers of their own, leaving their marks upon the intersecting worlds of rock, country, and pop music. California native KP (formerly Kirsten Proffit) launched her solo career in 2006 before doing 5 years in LA’s CALICO the band, Johnny having released 3 solo records under the Johnny Hawthorn Band monicker as well as doing side man work with Toad The Wet Sprocket, Everclear and more.