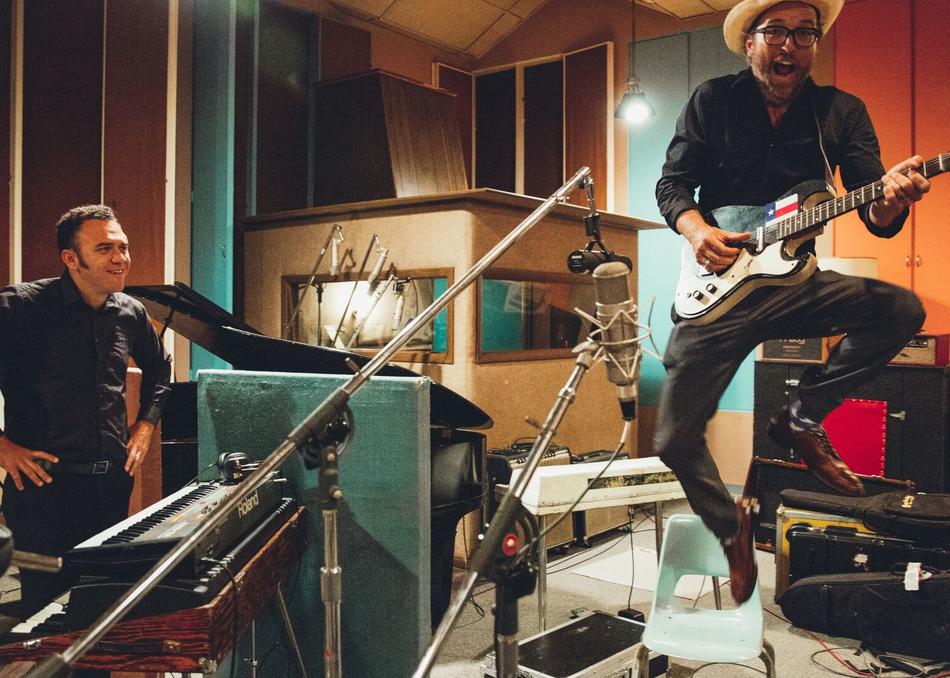 Greyhounds are the Austin trio of Anthony Farrell (vocals, keyboards), Andrew Trube (vocals and guitar) and Ed Miles (drums). Many music fans remember Farrell and Trube as key members of JJ Grey's band MOFRO for many years. After parting with Grey in 2016 to focus full-time on Greyhounds, the band has only left the road to record and release two full-length records.’

In 2016, while recording at Sun Studios for the PBS series "Sun Studio Sessions", Greyhounds met Memphis native and acclaimed engineer, Matt Ross-Spang. Soon afterwards, Matt moved his operation to the newly refurbished Sam Phillips Recording studio. Greyhounds were familiar with the studio, and its deep history, and had always wanted to record there. It is the type of space that transports you to another era; the perfect place to make the type of record Greyhounds were interested in making: a less produced, and more spontaneous style of recording, all straight to tape like many of the classic music that was made there in its heyday. And Ross-Spang, is the perfect engineer, steeped as he is in the old school style of making records.

Pulling from 17 years of songwriting, Trube and Farrell had plenty of material to cho