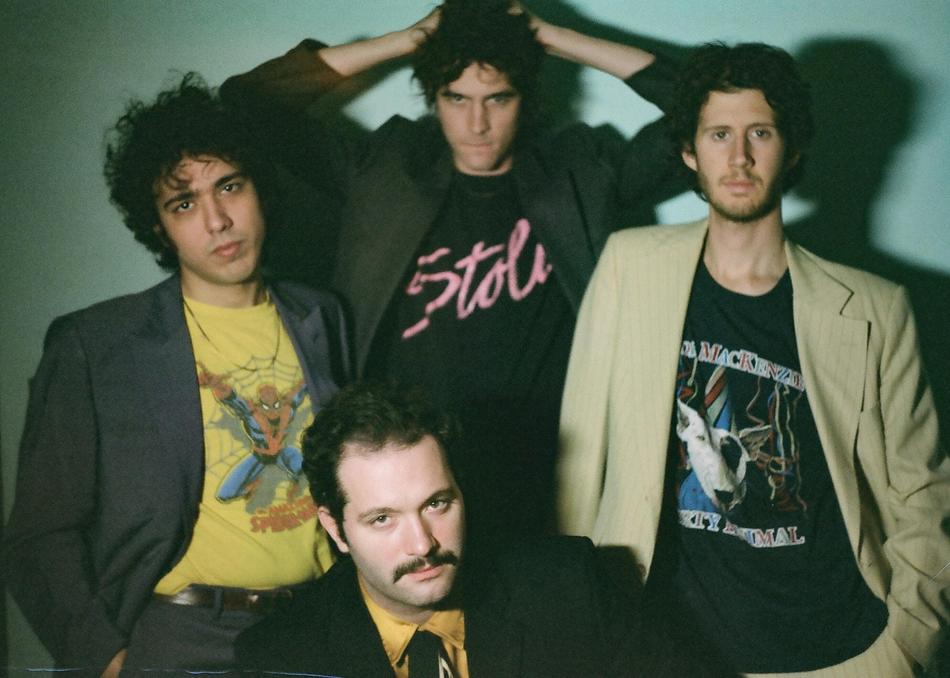 The Muckers - This Town Will Drag Us Down

Dubbed one of NME's 100 Essential New Artists For 2020, for their "vibrantly, thrillingly fresh danceable grooves," The Muckers formed in the city of Tehran, Iran before landing in NYC in the summer of 2017, where they've forged a reputation for an exhilarating live show that led to support tours (most recently with Pond) and to performances on NPR's World Cafe and Paste. They released a 3-track effort boasting unapologetic funk-laden disco grooves tied together with MTV-era guitar licks, lauded "a record that shimmers with fire and possibility" in a Rolling Stone profile retracing the band's formation, which Billboard called "a story of sacrifice, conviction and persistence against huge odds."