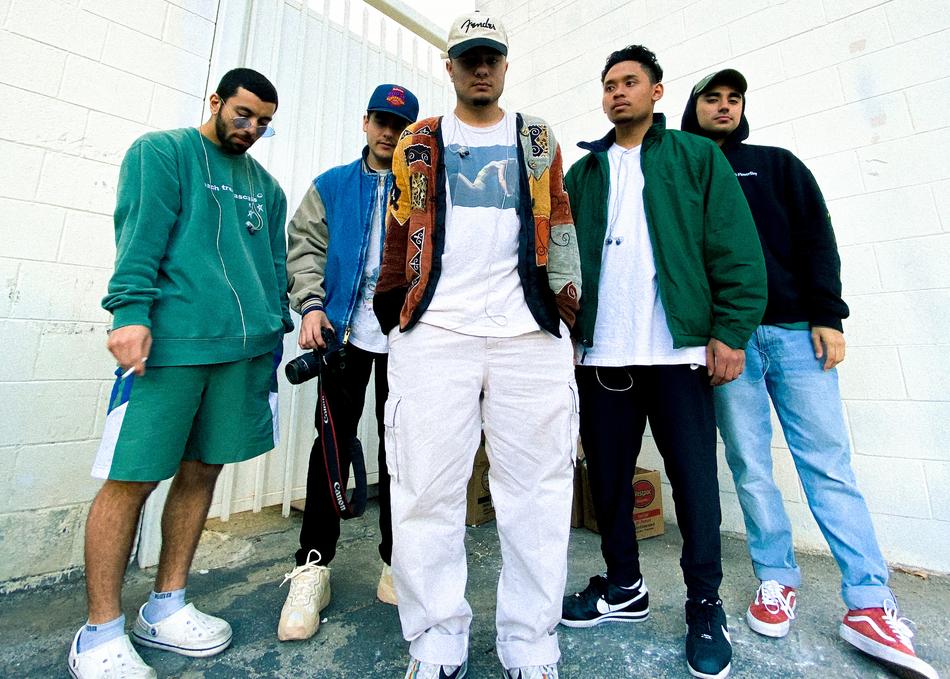 Peach Tree Rascals started self-releasing music in 2018 and after 8 songs, have accumulated over 10 million streams to date. Comprised of producer/mixer Dom, rappers-singers Issac, Tarrek, Joseph, and creative director Jorge, the five-piece collective first met in high school in the Bay Area. Issac, having had an early start in recording and releasing music, moved to San Jose where he befriended and eventually began collaborating with Tarrek, Dom and Joseph. Jorge rounds out the group, taking the lead on photos, merch, and music videos that help amplify Peach Tree Rascals' cross-genre appeal. Many of the Rascals are second generation Americans with parents who immigrated from Mexico, Philippines, and Palestine. That immigrant mentality comes through in the way they approach the project and their work ethic. For the guys, Peach Tree Rascals is their extended family, and they've self-funded the project through various jobs including working at Red Lobster and their local print shop. As the group often says, “We're the Rascals and we do the best with what we’ve got, even if it’s not much.” All songs and visuals done in house. Songs accompanied by music videos and merch drops.