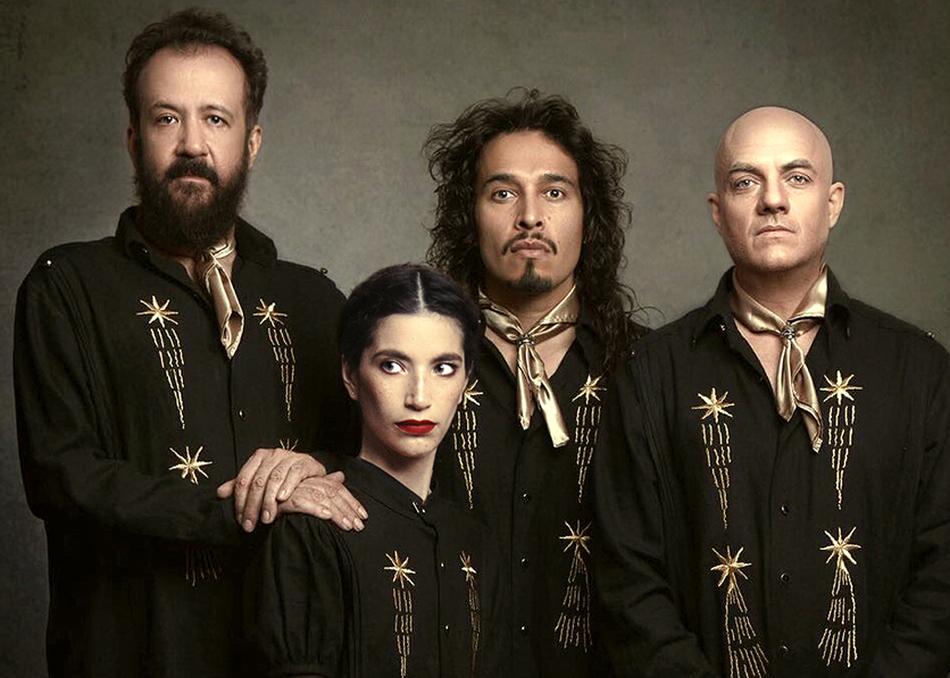 Gran Sur are a Mexican musical group formed in 2017 in Mexico City, consisting of Sofi Mayen, Iñaki, Elohim Corona and Cha! who play a fusion of folk and more traditional latin music with modern sounds. Jaranas, violins, trumpets and charangos blended with programming, synthesisers and electric guitars… ECLECTRIC. That’s how we might define the music of Gran Sur.
Gran Sur have performed in festivals in Paris and around Mexico, including a show at the Palacio de Bellas Artes in Mexico City.
Their debut album “Ay, dolor” was released in 2018, with the singles “Valórame” “Tu Dios” and “Ni de mano, ni de beso”
In 2020 they will release their second album “El otro lado” following the singles “Vamos a brindar” “Si te vuelvo a ver” and “Fina condena”