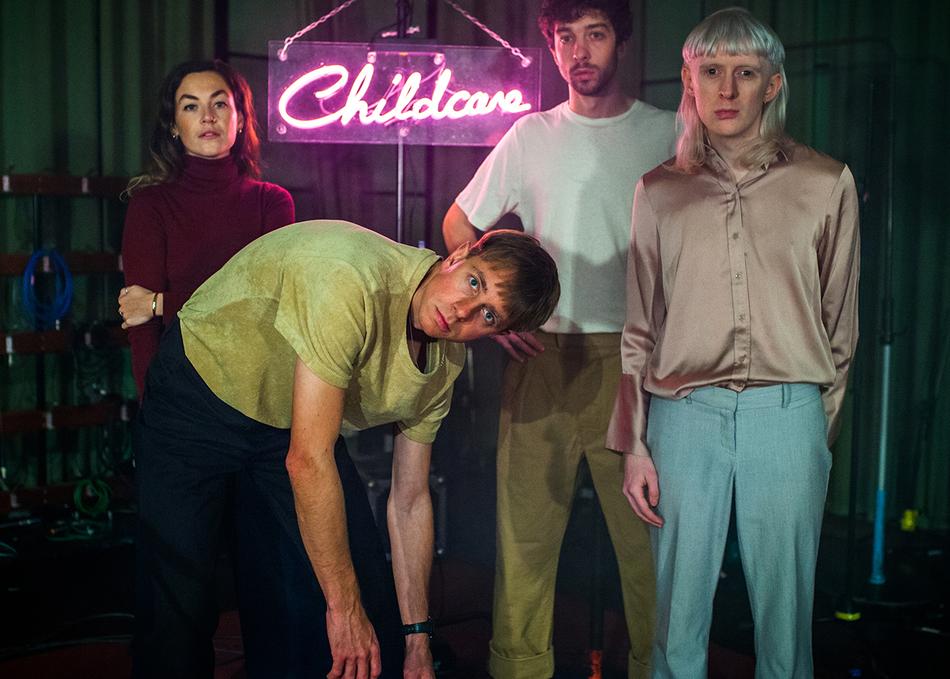 A tribute to British Awkwardness.

Softcore psych group (and wellness advocates) CHILDCARE were formed by Ed Cares, formerly one of South London's best male nannies. The music is skewed, gently witty, surreal and led by grooves. Supported in the UK by Annie Mac and Huw Stephens on BBC Radio 1, with festival appearances last summer at Reading & Leeds and Latitude Festival.

The group's debut album 'Wabi-Sabi' was released in May 2019 via eOne, alongside the launch of wellness experiment led by CHILDCARE members Ed, Emma, Rich and David.

May Personal Glory™ be with all delegates of the SXSW festival.