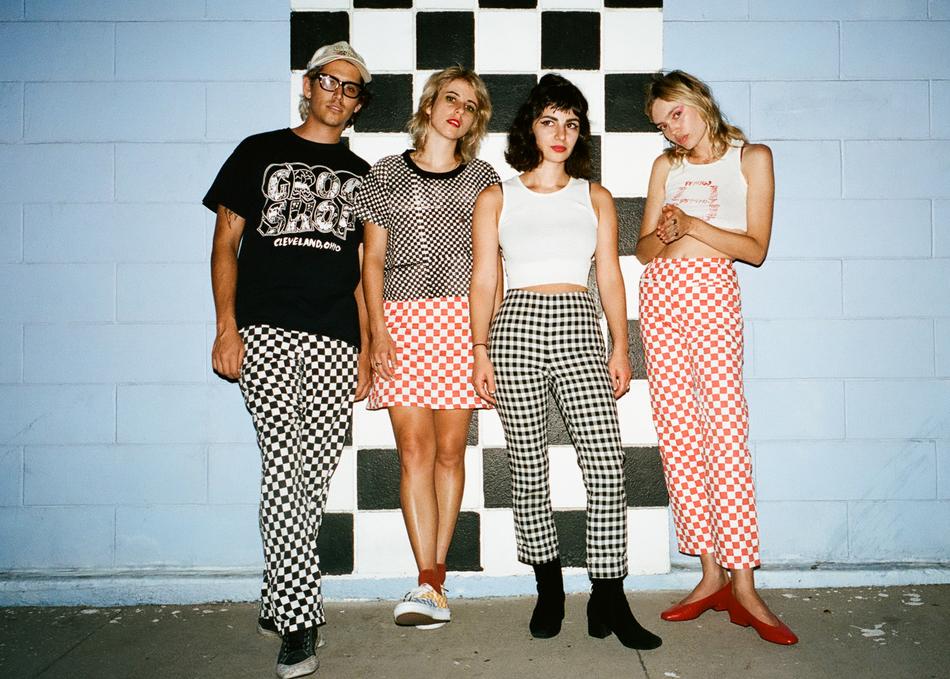 The Paranoyds’ beginnings can be traced back to a friendship forged between Staz Lindes and Laila Hashemi in their teens. With the additions of Lexi Funston and David Ruiz, the band found the personnel for their sonic balance of jubilant energy and foreboding undercurrents. Carnage Bargain captures this chemistry through guitar-and-keyboard, genre-mashing weirdness on “Laundry,” the fever-dream kitsch of B-52s on “Ratboy,” krautrock’s motorik groove on “Hungry Sam”, and Blondie on the sweet-and-salty highlight “Courtney.”

Title track “Carnage Bargain” is a perfect example of the band delivering scathing lyrical observations under the guise of a quirky pop hook. The notion of rejecting the status quo and creating your own destiny is evident on the lead single “Girlfriend Degree,” which the band calls an ode to “being a badass woman who’s taking time to make sure she’s doing things for herself.” The band may be paranoid, but they offer a solution to our m