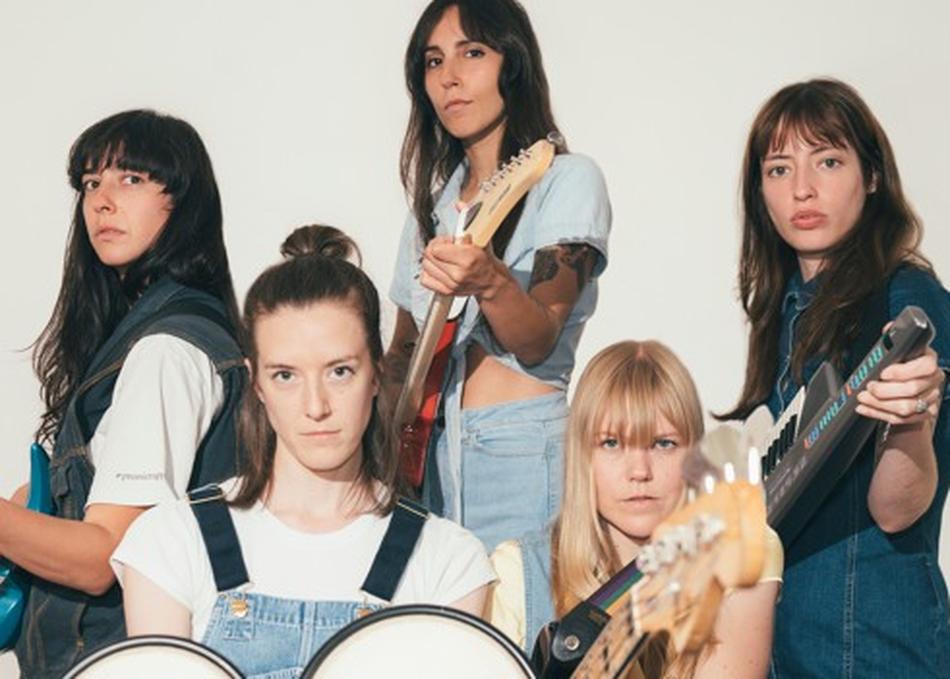 Currently the gang reside in London but the members hail from as far and as wide as Perth (Australia), Montevideo, Stockholm, and Croydon.

In a short space of time they have already supported and toured with Mac De Marco, Ty Segall, The Black Lips, Bill Ryder Jones, Bodega, Methyl Ethel, The Murlocs and Kikagaku Moyo.

The girls have also smashed out sun-tinged sets at The Great Escape, All Points East, Test Pressing and Simple Things Festival as well as a whole host of European Festivals.

Follow up banger ‘The Link Is About To Die’ premiered on NME and Les Inrocks and snared them a live KEXP session at Transmusicales which takes place in early December.