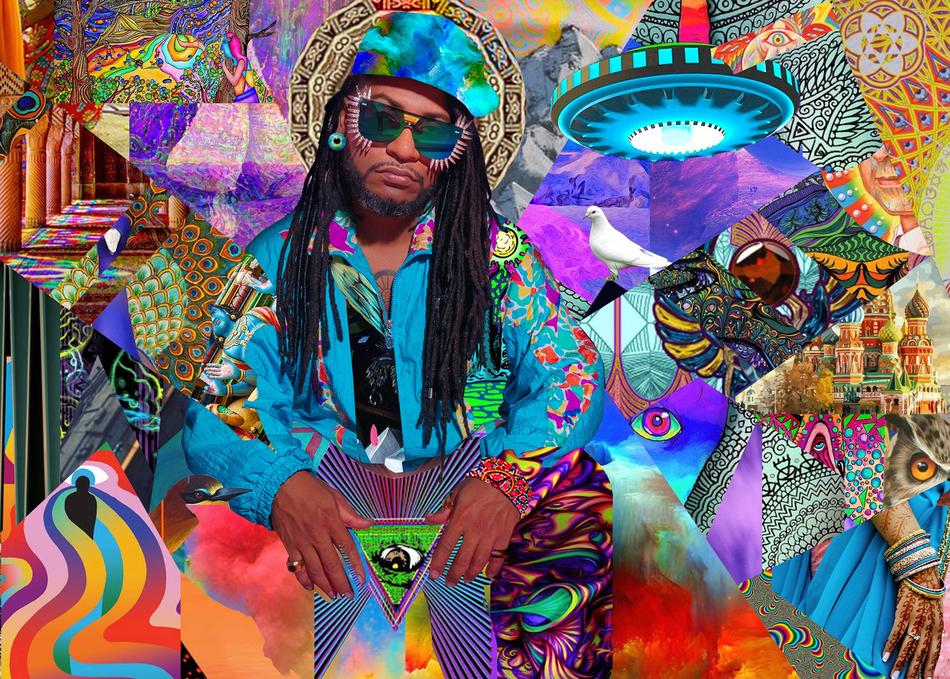 Zatélithe is afrofuturismo. He recreates a sound laboratory that uses various aesthetic manifestations of the African heritage mixed with modern linguistic manifestations such as parlache (Something like Slang), popular jokes expressions, Spanglish and other artistic expressions like graffiti. All of that exposed on a fusion of African rhythms such as Kuduro, Kizomba, Afrobeat, Dancehall and Ragga that, wrapped in an urban musical base like funk, claim a multicultural identity that Latin Americans carry on.
He is committed to extending to his audience all the energy that characterizes his vocalist on stage, as Mc that envolves them in a party full of fun, dancing, color and intelligent and humorous reflections about current social context, thus achieving resonance in a broad spectrum of age, gender and economic activity.
Zatélithe has produced 2 recordings that are part of his sound exploration. Fritos de Mi Tierra (2009) and Colombianada (2013), both full of joy, rhythm, humor and in the last case, with an activism for sustainable mobility with the bicycle as a green transport system par excellence, which becomes an important communicative strength for Zatélithe.