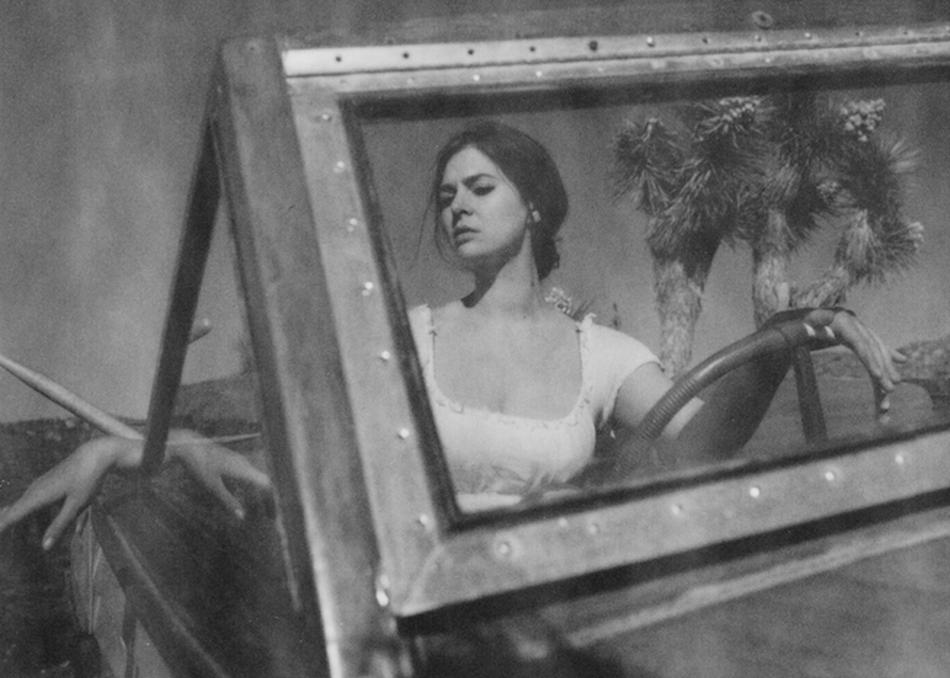 Vera Sola - the American/Canadian poet, vocalist and multi-instrumentalist is hard to pin down. She’s been alternately cast as the ‘lost love child of Leonard Cohen and Nancy Sinatra,’ ‘Nick Cave in the role of Staggerlee,’ ‘Patsy Cline fronting a minimalist Warpaint’ and ‘PJ Harvey at her most irate, teeth-bared.’ But none of that really paints the full picture. With a twisted, break-neck finger-picking style, haunting vibrato and ability to move her voice from a guttural howl to a whisper-soft stutter, she shatters genre and seems to bend time.

Her debut album was met with widespread praise, but Vera is still best known for her hypnotic stage presence. In the words of Loud and Quiet magazine, she’s "a Westworld android gone rogue; a living anachronism, capable of both run-of-the-mill stage banter and of occupying the characters of her songs with full force, moving as if possessed by them as she performs.”

Debut album ‘Shades’ was written, recorded, arranged, produced, and performed entirely by the artist, and self-released on Spectraphonic records.

“An artist with a vision.” - Bob Boilen, NPR