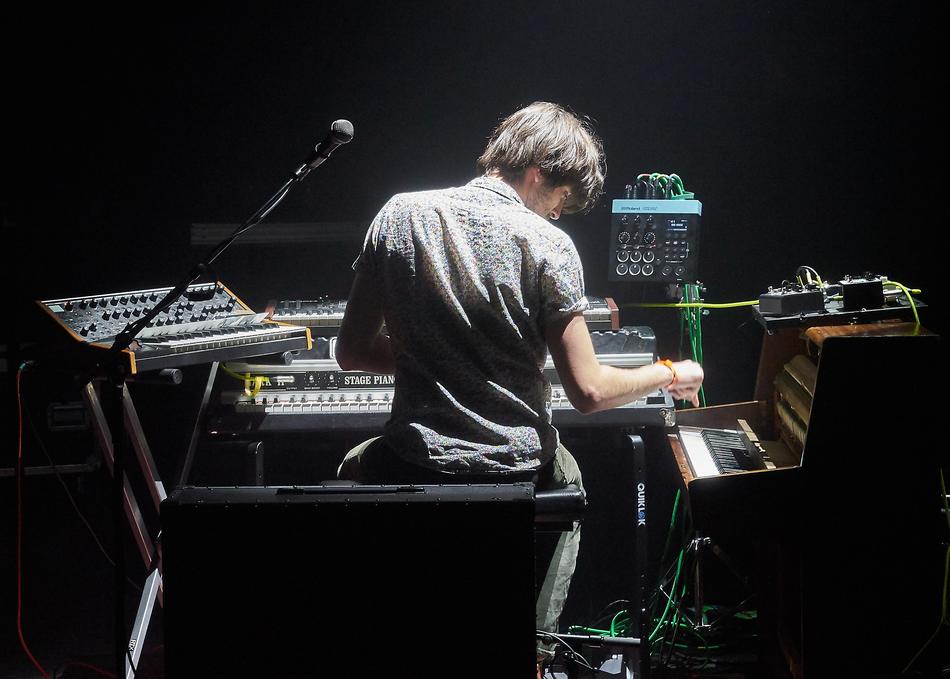 Missing link between Marc Rebillet and Louis Cole, MEZERG got everything to be the next big thing !

MEZERG is a real jazzman. He's also a one man band. He plays TECHNO with different Keyboard and kicks, himself, without any electronic instrument or laptop. No need to search for him on spotify, he never released any tracks yet (update he finally released his first track on Nov 6th). Reason is quite simple : he does IMPROVISE every single set he plays, which make every show he performs so special. His home-made live video released on Facebook went viral worldwide reaching Millions and Millions views each, raising a large fans base from all over the world...

Following that hype, MEZERG has been invited to perform on 2019 Transmusicales de Rennes in France (one of the internal acclaimed event to scout new talent since 41 years now), to present his brand new live creation before starting his 2020 world tour.