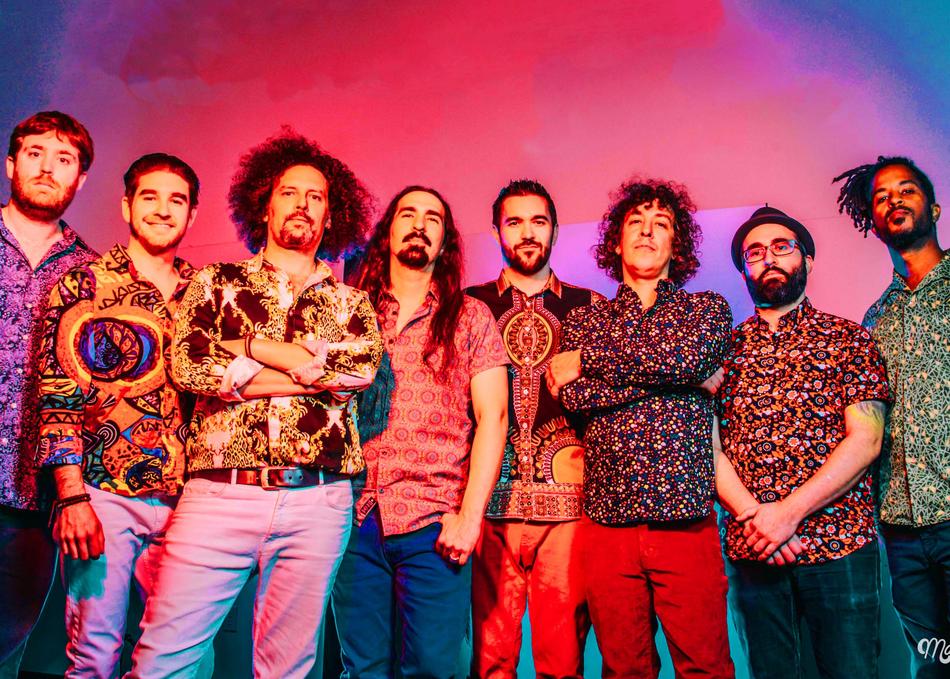 Superfónicos is hot on the heels of a remarkable breakout year! In 2018, they released their debut EP Suelta that garnered national press accolades and lead to festival performances at Austin City Limits, Auditorium Shores New Year’s Eve, and KGSR’s Blues on The Green. Ultimately they were nominated as “Artist of the Year” from the Austin Music Awards. Superfónicos are never ones to rest on their laurels and launched a single featuring “Cumbéalo” and “Tropidelico” produced by Spoon’s Jim Eno at his Public Hi-Fi Studio in 2019.