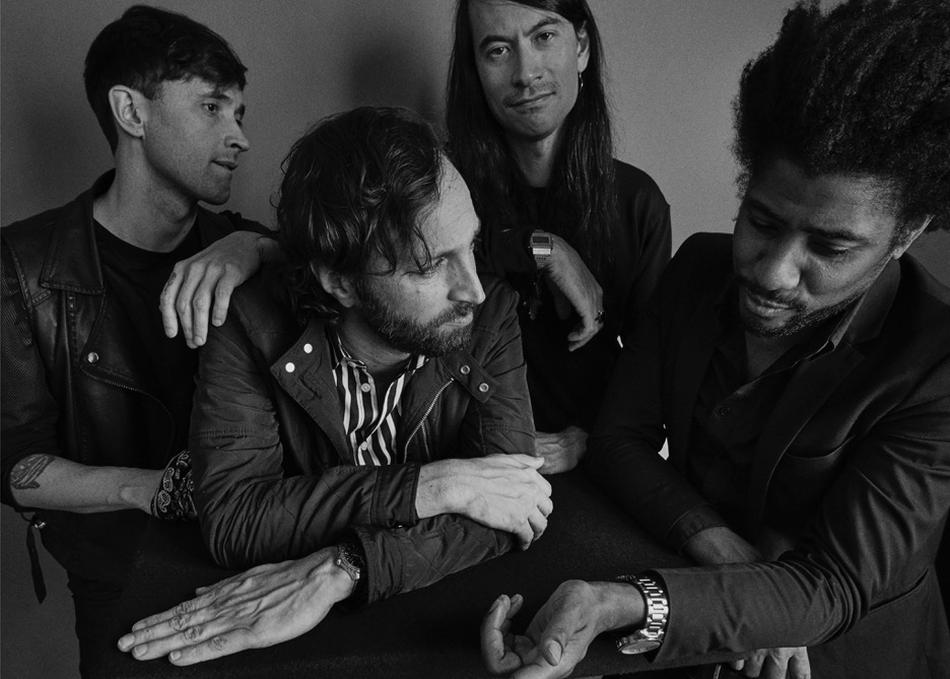 Even those aware of the ideals of this outspoken 4-piece will find their latest direction traversing unprecedented ground. Coming off two years of nonstop world-touring for their The Underside of Power—including Central and Eastern Europe, the Baltic States and the Balkans, where they have established a rabid following—new album There is No Year solidifies & expands upon the doom-laden soul of their foundation, toward an even more epic, genre-reformatting sound, one somehow suspended in the amber of a different era. From the instant synth-pulse of the album's opening seconds, it’s clear that Algiers have set out to stake new ground, internally as much as sonically. There Is No Year encompasses future-minded post-punk R&B from the trapped heart of ATL, where they began; to industrial soundscapes à la 4AD-era Scott Walker or Iggy & Bowie’s Berlin period; to something like the synthetic son of Marvin Gaye & Fever Ray. Their essence on the album is a statement of their defiance, their desire to feel & be human even beyond the necessary fight back, sprawling head-on into the burning wind of doubt and fear and all it’s claimed, arriving on the far side of calamity more alive than ever.