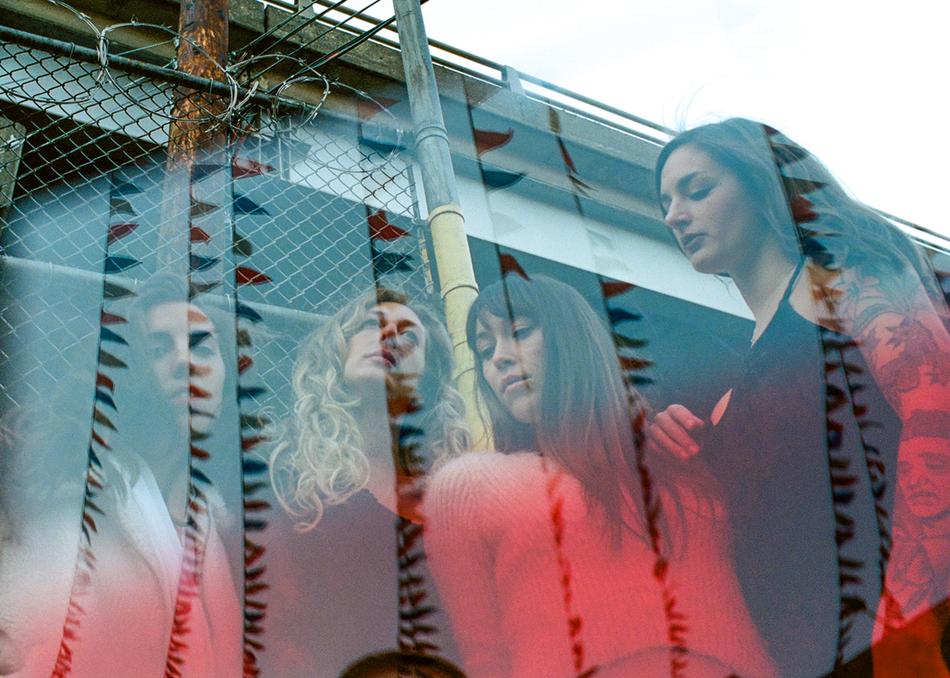 With shows from Mexico City to Haida Gwaii, the US East Coast to UK festivals, to spending dedicated hours in the studio, the journey of Vancouver-based four-piece FRANKIIE has been far-reaching not only geographically, but also introspectively. Forget Your Head, their Paper Bag Records debut, harnesses messages of self-love and discovery against a dreamy indie rock soundscape.

Written over a period of two years, Forget Your Head took shape as the four women relished the opportunity to push themselves as artists, claiming space on the international touring circuit, and writing in intimate sessions off the grid before recording with Jason Corbett of ACTORS at his Jacknife Sound studio. It is self-identity which dominates Forget Your Head and has informed FRANKIIE’s approach to accepting change and continuing to grow as artists.

“Everything is impermanent, nothing is forever, and so I think that’s a huge lesson in not trying to control everything,” asserts singer and guitarist Francesca Carbonneau. Forget Your Head marks the beginning of a new adventure for FRANKIIE, whose work ethic and commitment to their music pushes them forward into new discoveries both inside and out.