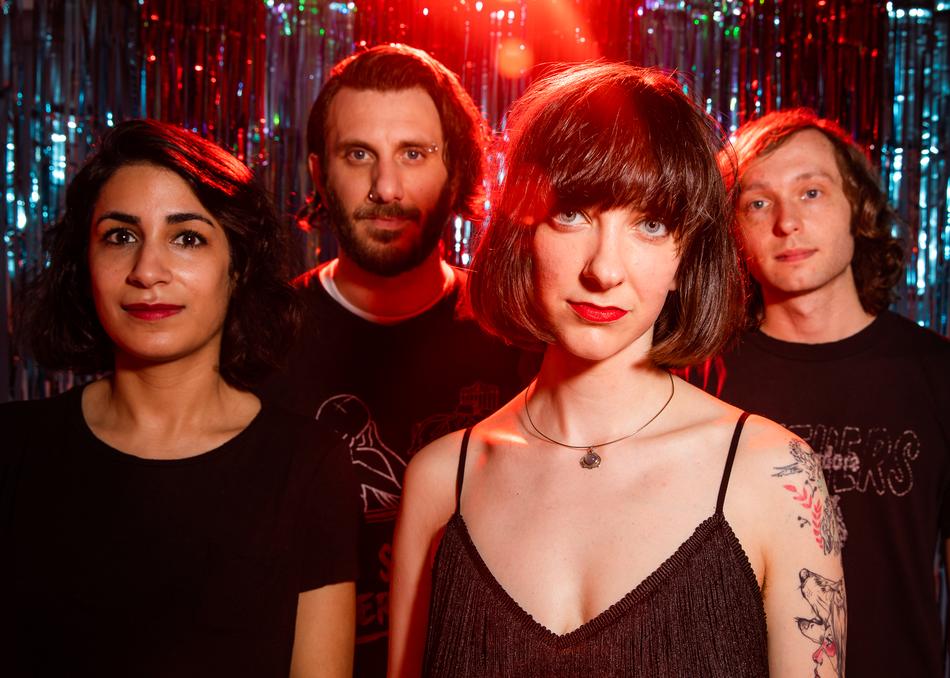 Taking stock of your experiences and your emotional health in solitude can be an empowering task, but enlisting the assistance of allies certainly never hurts, and Bethlehem Steel’s sophomore album is a testament to the value of togetherness in difficult times. Rebecca Ryskalczyk and Christina Puerto’s collaborative energy provide the animating force behind their self-titled sophomore album - a release that serves as guide, of sorts, for those reaching towards self-empowerment, and an illustration of the transformative power of female friendship as a force in overcoming trauma.

Bethlehem Steel is the follow-up to Party Naked Forever - a 2017 release praised by outlets like NPR, The FADER and Stereogum, is an exhilarating listen, and with the transition from a trio to a four piece, it’s the sound of the band finding another gear as they change shape and mature as songwriters and musicians.

Out September 13 on Exploding In Sound Records.