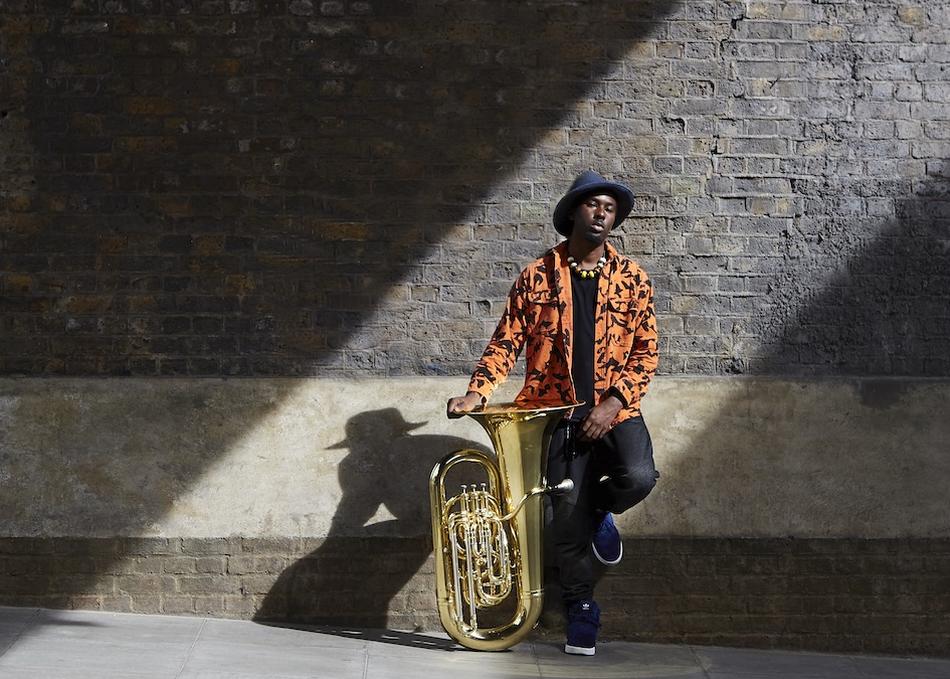 Theon Cross is an award-winning tuba player and composer based in London. He is a key component of London’s thriving jazz scene and his unique style of playing has been described as ‘innovative’ and ‘reinventing the tuba’. His debut EP ‘Aspirations’ brought him international attention and garnered him a Jazz FM nomination for best Jazz Newcomer 2016. In 2019 he released his debut album ‘Fyah’ which was met with critical acclaim worldwide charting at no. 1 on the UK official Jazz & Blues charts, no.23 on the US Jazz Billboard and gained high praise from major global publications including Rolling Stone Magazine, Pitchfork, The New York Times, The Guardian and NPR to name a few leading him to tour extensively throughout Europe, North America and South America.

In addition to his solo work he has also worked with a wide range of established artists including Jon Batiste, Emile Sande, Kano, Makaya McCraven Angelique Kidjo and significantly is a core member of the mercury nominated super group Sons of Kemet.