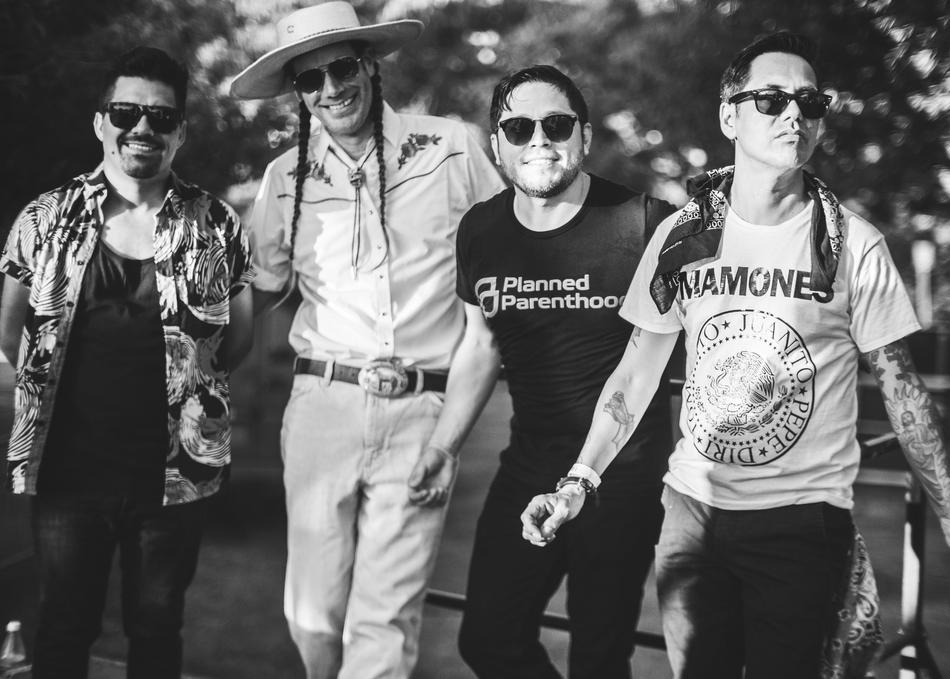 Como Las Movies is an Indie Cumbia Pop quartet from Austin, Texas led by chief songwriter Nelson Valente Aguilar. An Austinite by way of border town McAllen, Texas, Aguilar combines his pan-Latin and pop musical influences into an unmissable duality that has been endearingly referred to as the Nuevo Wave sound. Since its inception, the band has been received wide recognition for their debut EP "NUEVO WAVE which made Austin Chronicle's 100 best records of 2018 and their most recent offering, "¿YPQSP?, a 7" vinyl double single, which made Austin Chronicle's best 100 records of 2019. The band is currently nominated for "Best Band Performance" in the Latin Category for the 2020 Austin Music Awards.