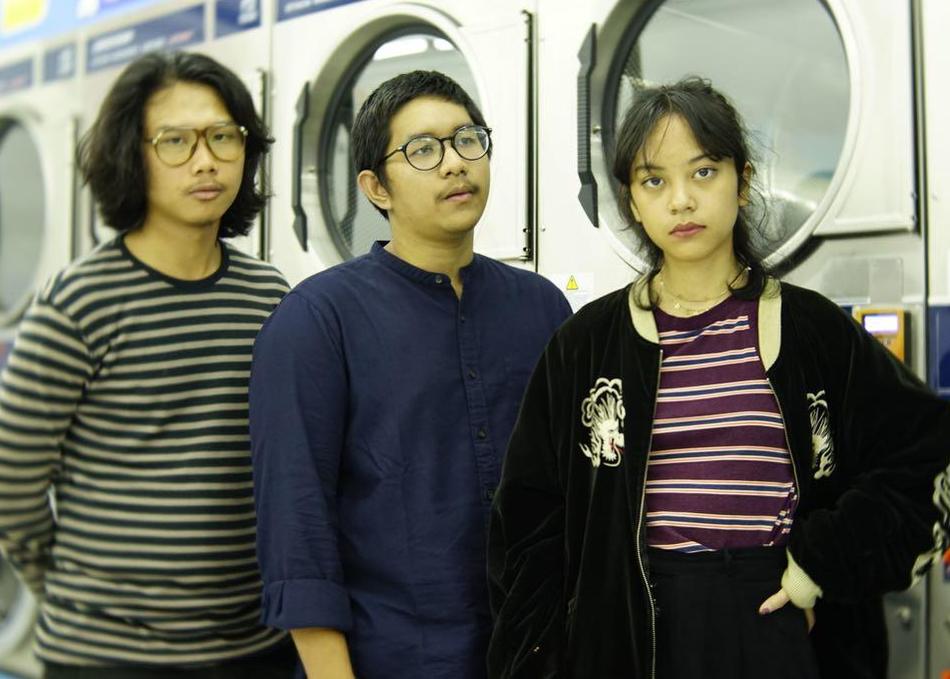 Grrrl Gang is an indie pop/rock band from Yogyakarta, Indonesia formed in 2016, consisting of college students Angee Sentana, Akbar Rumandung, and Edo Alventa. The formation of the band happened during a car ride one night to fill in the time between classes.
They first took the stage in 2016 that year with only three songs up their sleeves, one of them being “Bathroom”. Alongside “Thrills”, it was released as a double-single in early 2017, which has earned them quite the recognition. In 2018, they finally released a mini album which called “Not Sad, Not Fulfilled” (Kolibri Records) and followed by a tour across Indonesia, also abroad.
Grrrl Gang signed to Damnably records and release a compilation album in Nov 2019-their first venture onto Vinyl with a new album & European tours planned for 2020.
The band are big fans of the Glasgow/Bellshill scene including Teenage Fanclub, The Vaselines, The Pastels & BMX Bandits and they also love Sarah Records acts such as Talulah Gosh and Heavenly.