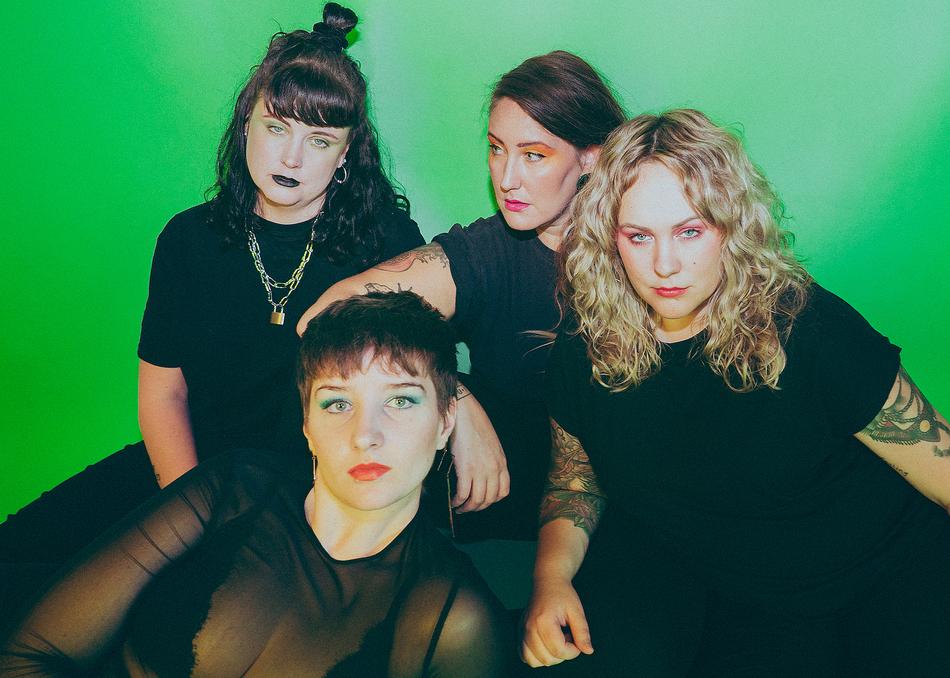 Arre! Arre! - Tell Me All About Them

The Malmö-based riot grrrl gang Arre! Arre! first began playing together in early 2014, the brainchild of singer-guitarist Anna Palmer and singer and bassist Katja Nielsen. They had a common mission; to make no-nonsense punk with a political bent and released the scintillating Word on the Street EP later that year. With the group fleshed out to a four-piece, their raucous debut LP A.T.T.A.C.K. followed in 2015, earning acclaim from the likes of Gold Flake Paint and The Line of Best Fit when it was made available outside Scandinavia for the first time in November 2018.
Anna and Katja have reshuffled the band’s lineup, with kindred spirits Mattis Årestad and Totta Edlund joining on guitar and drums respectively. There’s been no shortage of material to inspire the band’s sophomore full-length 'Tell Me All About Them' in spring 2019, either; with political darkness descending on both their native Sweden and the world at large, Arre! Arre! are leading a ferocious fightback with their own incendiary, kick-to-the-face style punk. A new EP is in the making during this winter with the first of its singles expected to see daylight in March 2020. Just in time for SXSW!