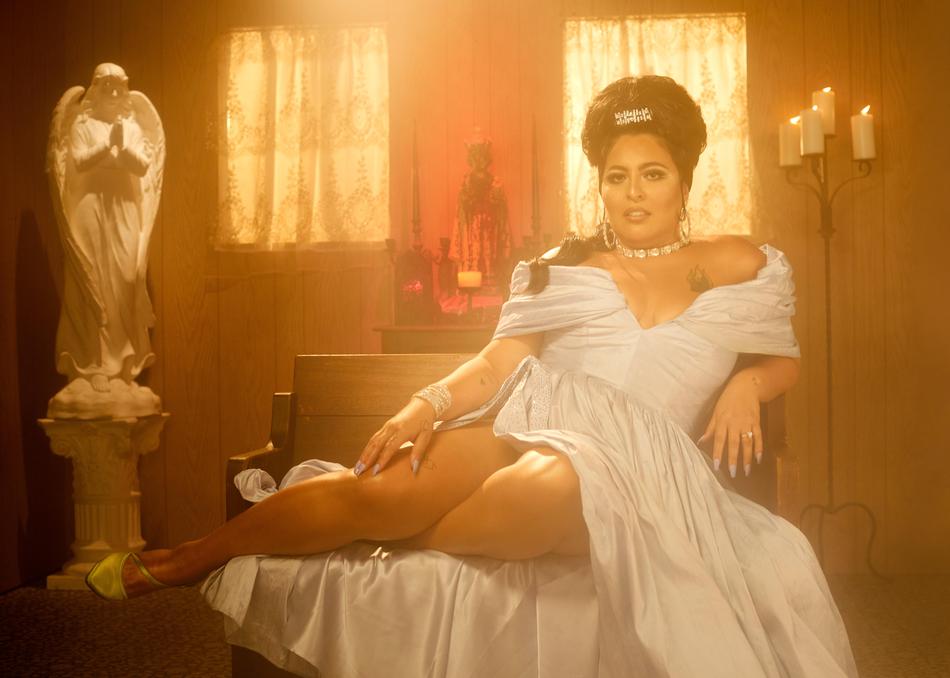 San Cha is a singer-songwriter, based in the City of Angels, increasingly known for her visceral and explosive live performances. Her name, derived from the Spanish word sancha, which translates to ‘mistress’, is a mischievous reference to the title of ‘San’, given to male saints in the Catholic tradition. San Cha was the headlining act at the kickoff of the 2019 Red Bull Music Festival, with recent performances at the Getty Museum, TBA Fest, Levitt Pavillion, HOCO Fest, Sonido Clash Music Festival and Santa Monica Pier. Her latest album, La Luz De La Esperanza, is written in the form of a surrealist telenovela and sounds like what Pitchfork described as ‘modernized ranchera with a rock edge and goth sensibility’. Effortlessly mixing Spanish and English, La Luz De La Esperanza calls for a bold confrontation of tradition while respectfully honoring it.