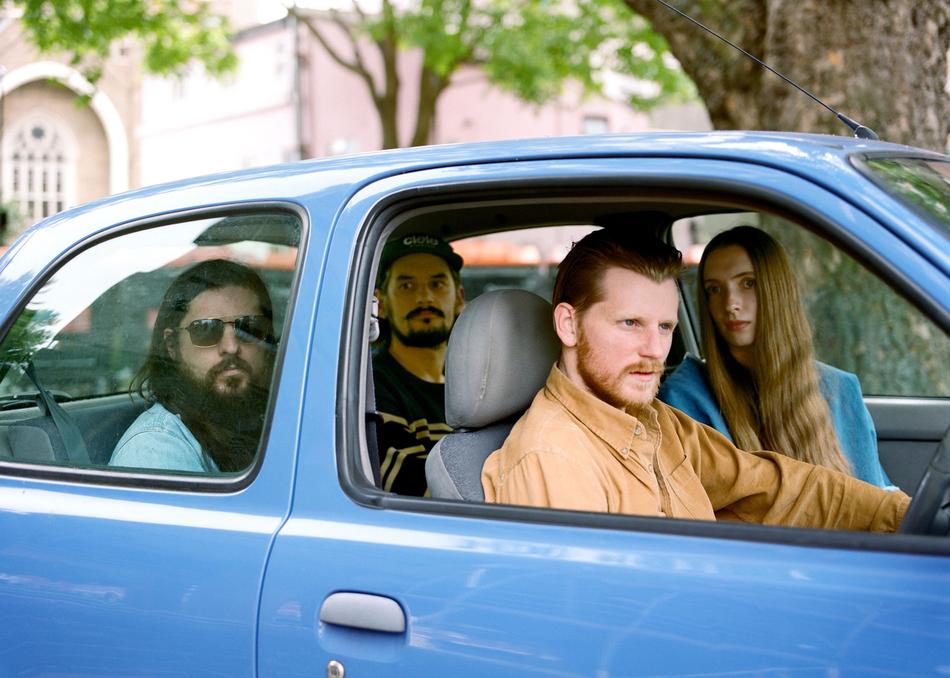 Firm friends for years, Dry Cleaning (Lewis Maynard, Tom Dowse, Florence Shaw & Nick Buxton) only started making music after a karaoke party in 2017 inspired a collaboration. They wrote instrumentally to begin with and six months later Shaw, a university lecturer and picture researcher by day, joined on vocals with no prior musical experience. They recorded the six-track Sweet Princess EP before playing their first show only last year.

When they started they knew they wanted to make simple music, direct and uncomplicated. The musical influences were clear - the Feelies, the Necessaries, the B52s and Pylon as a starting point. The garage / rehearsal space had a huge influence on the sound as it was so small and intimate; anything unnecessary was to be left behind. A discussion among the four band members about how to make the prospect of performing as comfortable as possible for Florence (a first timer) ahead of the band’s first rehearsal as a four piece, led to her using her speaking voice. There were several references for this; Will Powers, The Anaemic Boyfriends and Grace Jones among others.