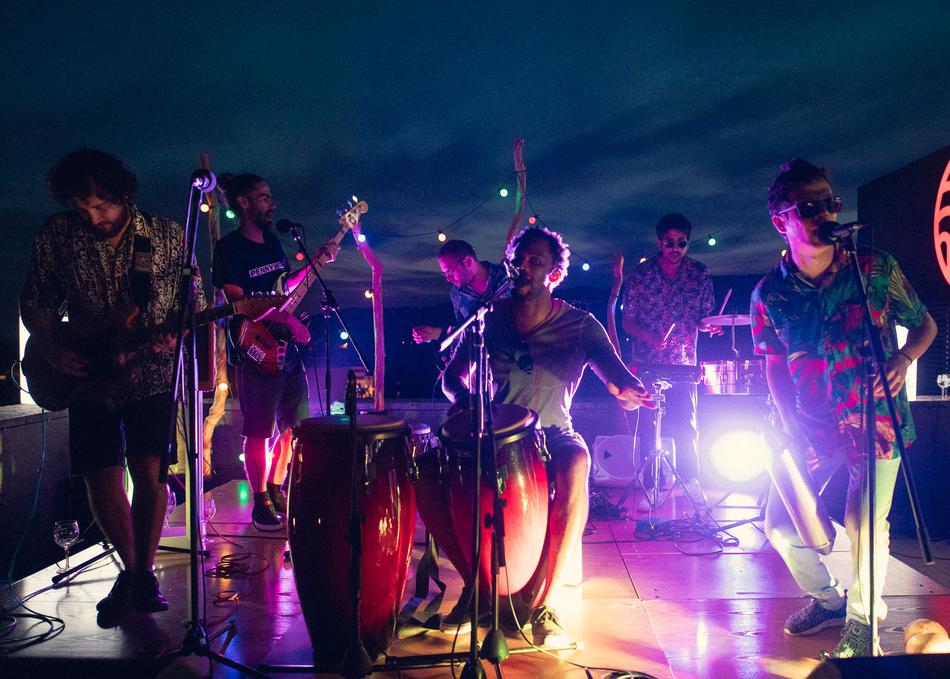 Drawing from influences like Cumbia, Merengue, Dub and afro-caribbean rhythms, Candeleros surrender to a sort of exorcism full of differents sounds in which they reach altered states of consciousness. All of this includes percussion sounds coming from the beyond, Andean echoes, cinematic atmospheres and tunes that seem to come from an old episode of The Twilight Zone. Candeleros music is like digging into a postmodernism hole to find the very pure of tropicalismo.

Candeleros has worked hand in hand with great artists such as Dodosound (Iseo&Dodosound), Faauna and Carlos Tález, among others. A diverse group of music lovers that perfectly shows that Candeleros has no prejudices. Candeleros is the living proof that Cumbia has come to Europe to stay.

Candeleros is a plurinacional group of six people that come from Colombia and Venezuela. They have their operational center in Madrid, from where they try to expand a multicoloured psychedelic sound to dance. ‘Echar una candela’ is commonly known as the improvised reunion around the tobacco, fire and music.