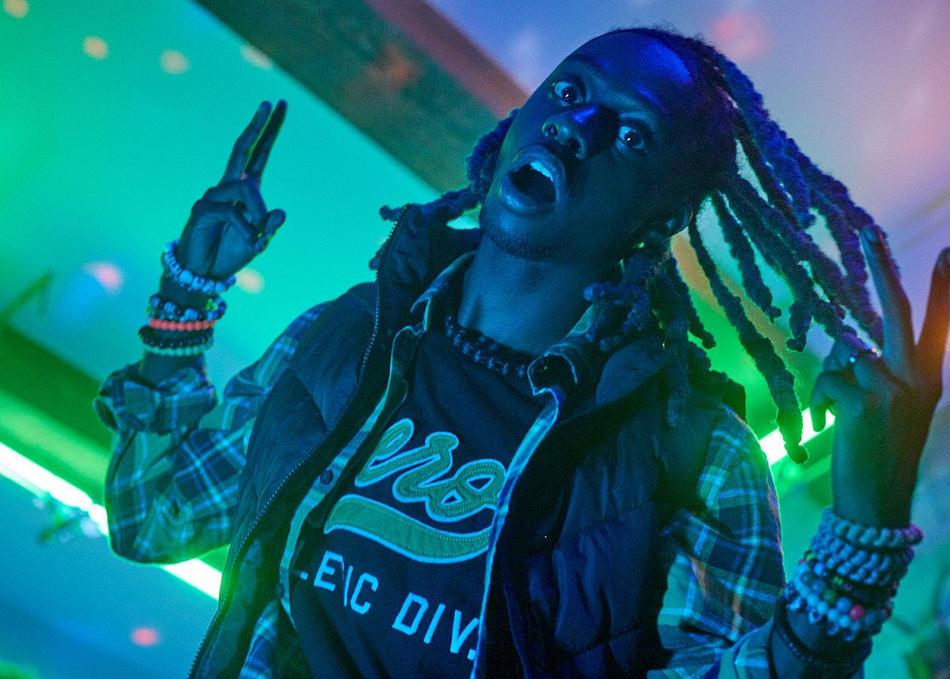 Tisakorean has always been a little different — from the words he says, to the clothes he wears, and, now, in the music he makes. The beats he creates are sparse and dissonant, creating a sound that’s sort of detached from an era yet they’d sound just as at home on a mid-2000s Soulja Boy tape as they do in Triller and TikTok videos.

A certified viral sensation, Tisakorean has been a part of a wave of new artists with Texas roots making a splash nationwide. Synonymous with jigging and the #woahchallenge, the Houston native began to gain traction through his dance moves and successful singles (see last year’s “Dip,” which has more than 4 million plays on SoundCloud, and 2017’s “Werkkk”).

The 24-year-old entertainer connected with Chance The Rapper for their Murda Beatz-produced collaboration, “Groceries.” Grateful for the opportunity, he found that working with the Coloring Book artist also provided some inspiration. As he puts it, the collaboration made him want to “go harder.”

And this multi-talented artist – who leaves his imprint on every element of his work, from personally designing the graphics to editing the companion visuals –shows no signs of slowing down.