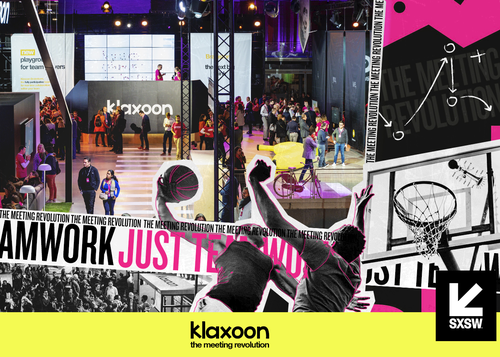 Inspired by Jack Kerouac’s book, On the Road, an amazing tour to share teamwork and the meeting revolution. Klaxoon Team got hundreds of interviews and testimonials, had amazing discussions on one key topic: how, in 2019, people work as a team?

To share all of that, Klaxoon has designed and produced the 1st season of its Original Series: with major stages shot in natural settings with a band of Klaxoon agitators who invested LA's boulevards, the legendary avenues of New-York or the deserts of the West, Klaxoon team meets the users and public concerned by the revolution that disrupts the world of work. An hybrid format mixing a TV series, a clip, a documentary, becoming a series that relies on collectivity to advance the plot.

Would you like to be part of the final episode of Klaxoon Original Series Season 1? Join us and participate in a live shooting!

Also take the opportunity to receive awesome tips inspired by the greatest teams around the globe to know how to adapt to a drastically changing global workplace: meet with people we met on the road, great keynote leaders and share with them.
And of course try Klaxoon3, the latest version of Klaxoon, adopted by millions of people in 120 countries.

Join us from 10am to 5pm and participate to our launch Party from 6pm with music bands.