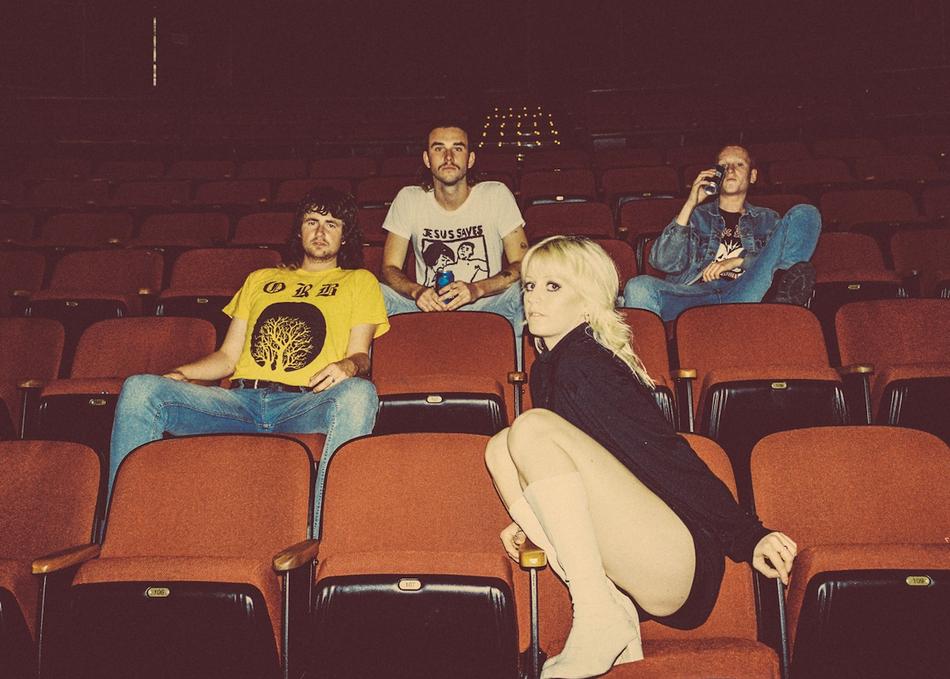 Amyl and the Sniffers is an explosive punk band from Melbourne, Australia — former housemates who formed the band, wrote a handful of belters and released their debut EP, Giddy Up, all in a span of twelve hours. Amyl and the Sniffers quickly developed a reputation for their unhinged live performances, in which manic lead singer Amy Taylor can often be seen crowd surfing or climbing up the walls.

A break-out act at UK showcase festival The Great Escape, Amyl and The Sniffers were introduced to US audiences on a 22-date North American tour supporting King Gizzard and the Lizard Wizard, pulling rave reviews. 2018 saw the band sign to Gizz’s Flightless Records for Australia/NZ and to ATO Records/Flightless for North America. Following multiple sold out shows in the UK and Europe, the band signed to Rough Trade Records for the rest of the world.