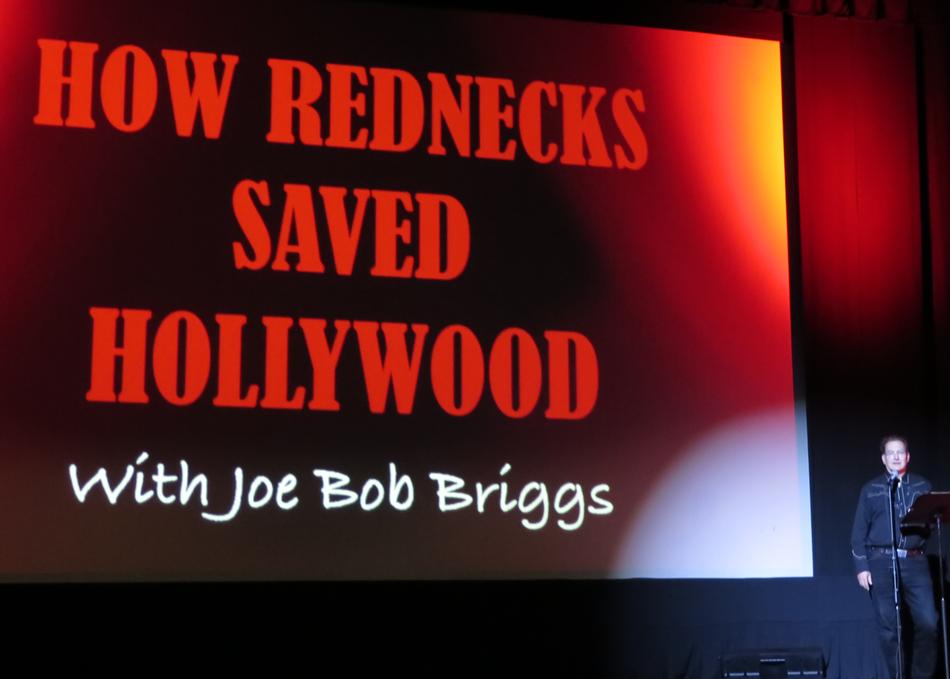 You'll spend a fast-and-furious two hours with Joe Bob Briggs, America’s drive-in movie critic, as he uses over 200 clips and stills to review the history of rednecks in America as told through the classics of both grindhouse and mainstream movies. You'll learn dozens of historical facts that you didn’t realize you needed, such as the identity of the first redneck in history, the precise date the first redneck arrived in America, the most sacred redneck cinematic moments, why the redneck is the scariest monster in all of film history, the existential difference between Forrest Gump and Sling Blade, why God loves rednecks, and much more!