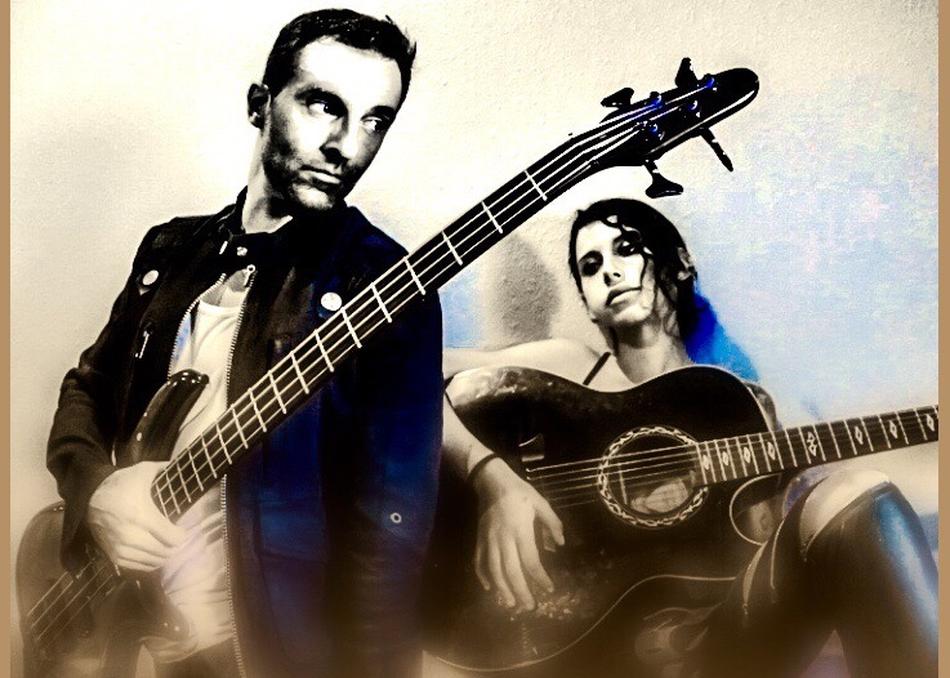 Weird Wolves is an Austin, Texas based folk/goth fusion band formed in 2018. The band features singer/guitarist Ava Gore (vocals in the credit soundtrack for the award winning video-game Prey) and singer/guitarist/composer Raphael Colantonio, who has over 2 million YouTube views for his video-game songs (produced by Matt Piersal). Colantonio and Gore have continued their collaboration into beautiful and deep live experiences, where Ava's dark and distinctive voice connects powerfully with Raphael's emotionally grabbing melodies. Their minimalist live setup includes 2 acoustic guitars, 2 mics, and a percussionist.