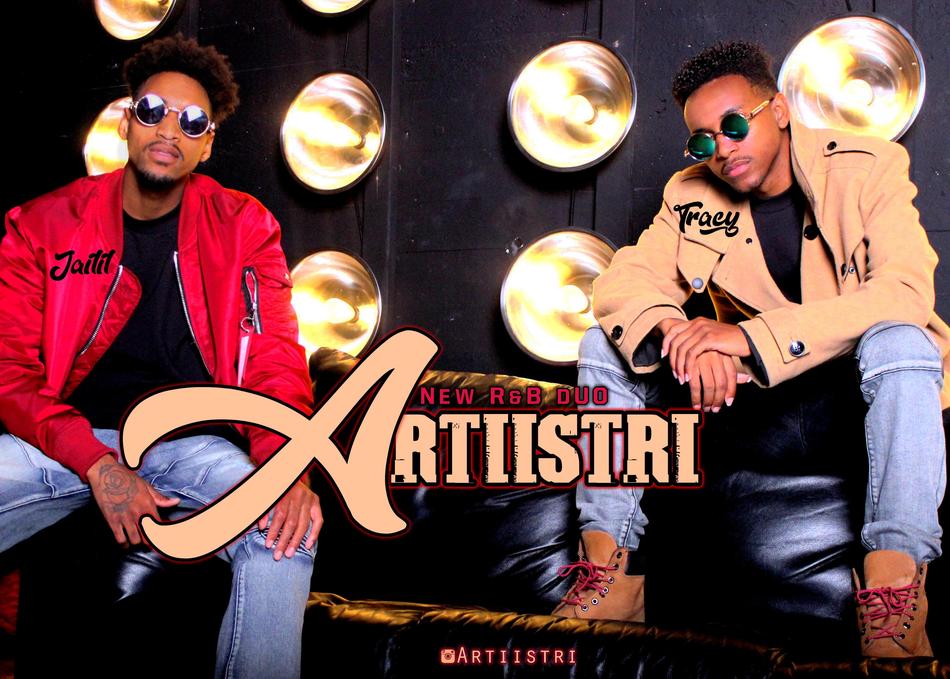 Tracy and Jailil aka (Artiistri) are brothers that started off in a RnB boy band group. They were born and raised in Los Angeles, Ca “South Central”. Over the years with the group They’ve performed with many well known artists such as, Diggy Simmons, Jacob Latimore, Trevor Jackson, and toured with Mindless Behavior for a while.. They’ve also had the privilege of opening up for the legendary group The Spinners. Some of their musical inspirations are Chris Brown, Usher, New Edition, Boyz ll Men, The Temptations, just to name a few. Coming up they would practice everyday on their Harmonies and dance moves, and also sing to people on the streets for more practice. They sung in church as well. Years later after the groups differences Tracy and Jailil then branched off to form their duo group Artiistri. They’ve learned so much over their past and is now ready to show the world