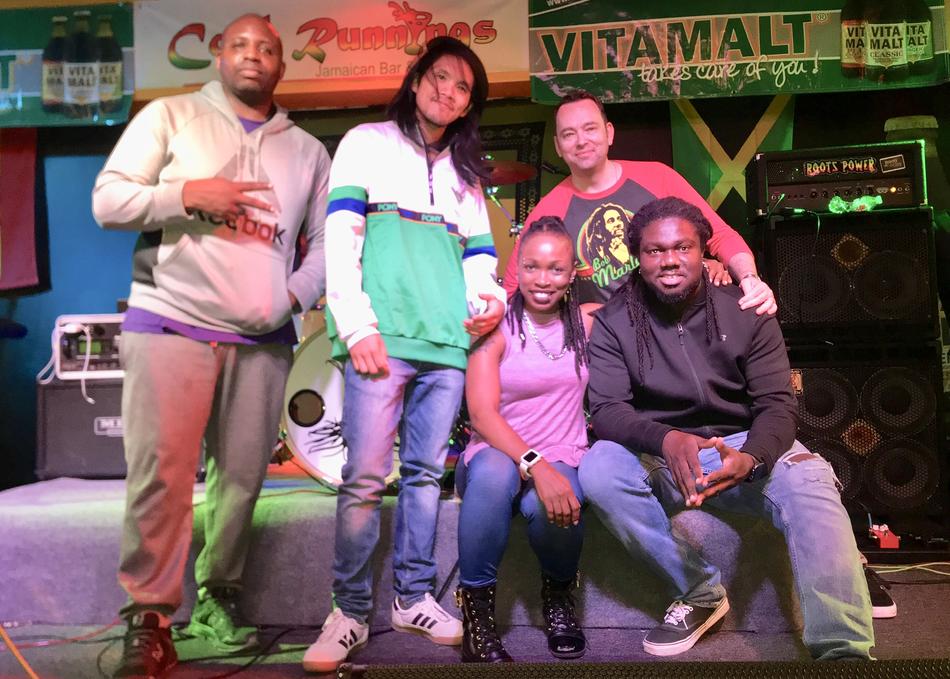 credit: Roots from the Clay Music

Roots from the Clay - Roots Van

Based in Houston, Roots From The Clay is Texas’ fastest rising Roots Reggae band. RTFC’s aim is to encourage people through positive music. The music confronts real issues: Racial equality, poverty and relationships honestly examined through a pulsing reggae beat. RFTC's influences come from Jamaican Roots, Lovers Rock, Dub and Dancehall Reggae music from the 70’s through the 2000’s. They have provided support for Freddie McGregor, Mr. Vegas, Admiral Tibet, Earthkry and The Wailers in April 2019. Their 1st album “No Struggle” launched Nov. 2018 & distributed by VPAL records. The album has seen airplay on radio stations in the U.S., Jamaica and Africa. Their 1st tour was in 2018 and are planning a summer 2019 tour. RFTC was conceived in 2017 by drummer/songwriter/producer Jermaine “Songo” Wilson & wife Aria Morgan-Wilson. Jermaine is a graduate from the Edna Manley College in JA. Jermaine spent yrs on world tours as a drummer for named Jamaican Reggae acts. Aria was previously a solo reggae act with a full-length album to her credit. Jermaine & Aria teamed up with bassist “King David” Lee, keyboardist Robert Lauder and guitar maestro Rey Gonzalez to form Roots From The Clay.

Events featuring Roots from the Clay