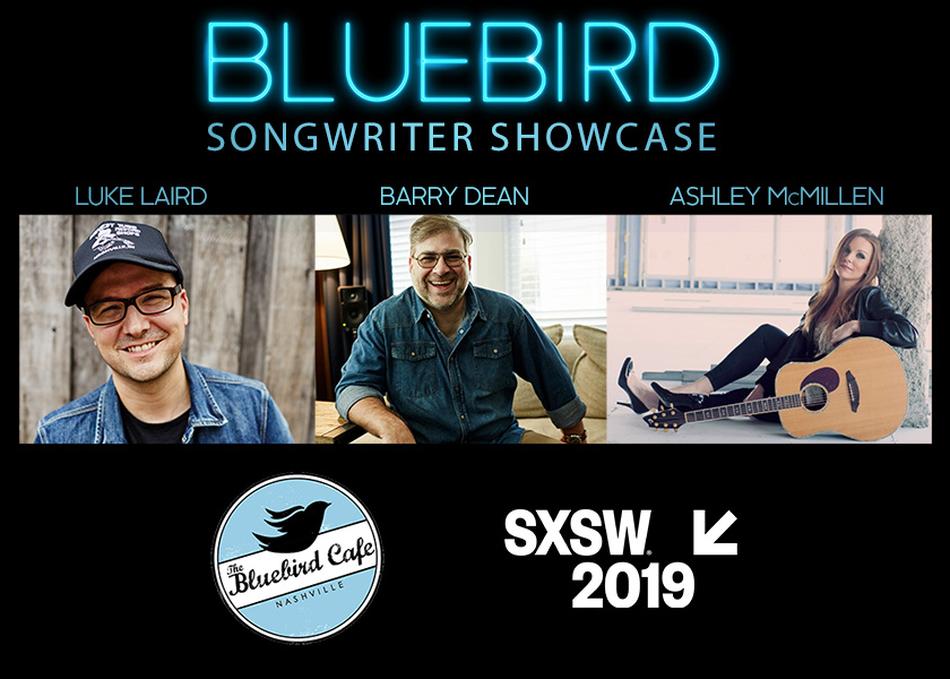 The Bluebird Cafe brings the spirit of Nashville to Austin with a Songwriters in the Row performance featuring four singer-songwriters who have become a part of the venue’s history and its SXSW World Premiere documentary, BLUEBIRD.

Luke Laird’s resume includes ACM, CMA, and other awards including CMA Triple Play Awards, BMI Country Song of the Year for Rodney Atkins’ “Take a Back Road,” and most recently a Grammy for Kacey Musgraves, “Space Cowboy.” No.1 singles include: “T-Shirt” (Thomas Rhett); “Give Me Back My Hometown,” and “Drink In My Hand” (Eric Church); “American Kids” (Kenny Chesney); “Pontoon” (Little Big Town) among others.

Ashley McMillen is an award-winning, country-inspired, singer songwriter who has supported internationally renowned artists such as Martina McBride, Gary Allan, and John Anderson among others.