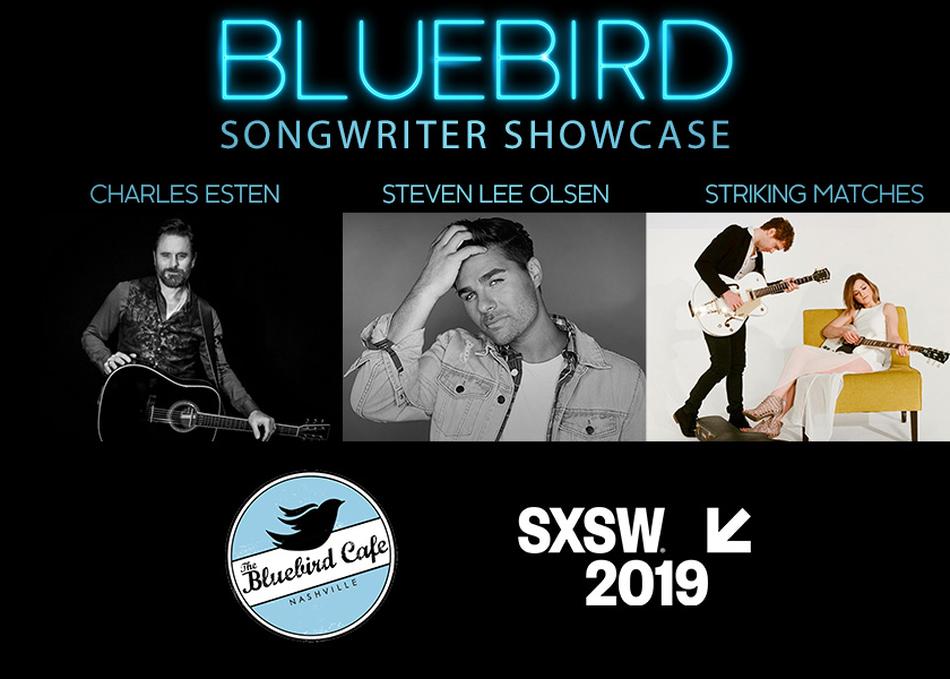 The Bluebird Cafe brings the spirit of Nashville to Austin with a Songwriters in the Row performance featuring four singer-songwriters who have become a part of the venue’s history and its SXSW World Premiere documentary, BLUEBIRD.
Charles Esten is best known for portraying Deacon Claybourne on the hit TV show “Nashville,” and is a prolific singer-songwriter in his own right, having co-written three songs from the show and, in 2016, releasing a World Record-breaking 54 original songs in 54 weeks as part of his ambitious #EverySingleFriday project.
Steven Lee Olsen is an acclaimed country music artist and songwriter with credits such as the double-platinum Grammy, CMA and ACM-nominated hit “Blue Ain’t Your Color” for Keith Urban and the No 1. hit “More Girls Like You” by Kip Moore.
Striking Matches are a guitar-wielding singer-songwriter duo comprised of Sarah Zimmermann and Justin Davis who have become regulars on the Grand Ole Opry and written numerous songs for the hit television show “Nashville.”