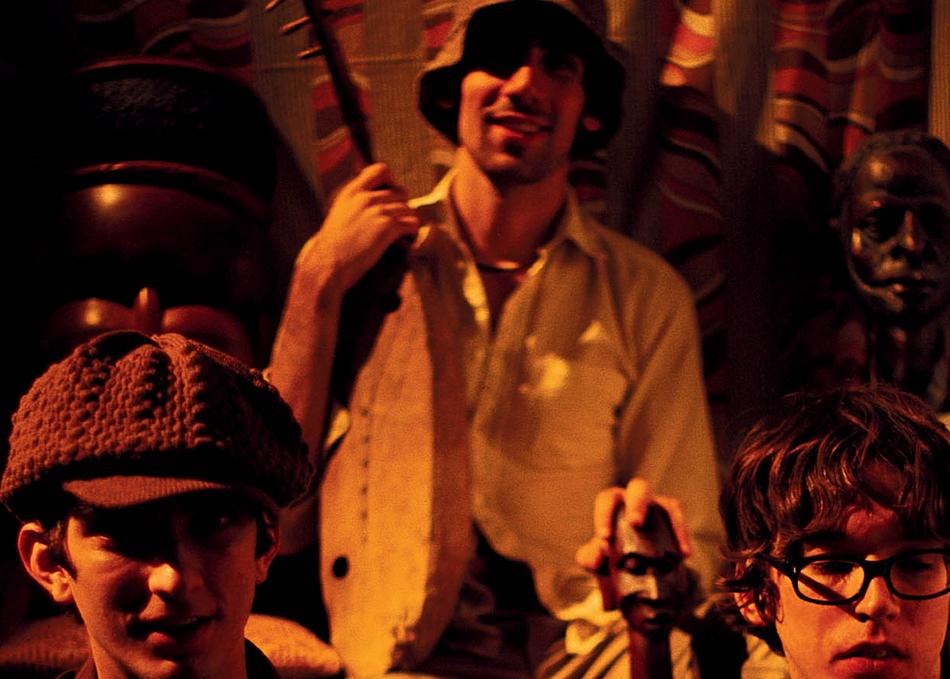 Dead Meadow formed in 1998 from the remnants of two young indie DC bands, The Impossible Five "Gern Blandsten Records" and its immediate follow-up Colour. The band started as Jason Simon on vocals and guitar, Steve Kille on bass, and Mark Laughlin on drums. They began to combine 70s heavy metal and 60s psychedelic rock with themes from authors such as J. R. R. Tolkien and H. P. Lovecraft. The first album, Dead Meadow, was released in 2000 on Tolotta Records, a label run by Fugazi bassist Joe Lally. The LP version was released by Planaria Records. This was quickly followed by 2001's Howls from the Hills, also released on Tolotta Records. At the completion of "Howls from the Hills" John Peel asked Dead Meadow to record a Peel Session which was recorded in Fugazi's home studio, the first time a Peel Session was recorded outside the BBC studios.

In Spring 2002, Laughlin parted ways with the band in order to pursue a career as a lawyer. He was replaced by long-time friend Stephen McCarty (previously with Canyon, also of Gern Blandsten). A live album, Got Live If You Want It, was released in mid-2002, which documented one of the last shows with drummer Mark and was produced by Anton Ne