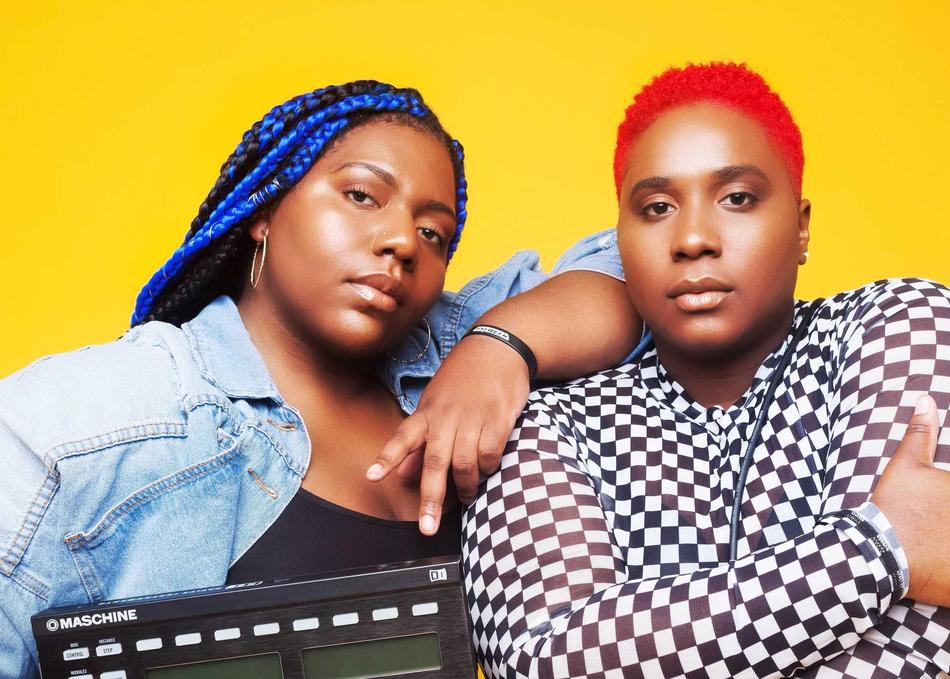 THE QUEENDOM consists of two royal components with a musical chemistry that reigns in all aspects. AUDIADASOUND and Rocket Rhonnie, both Atlanta natives, joined forces and started creating music in July 2016. Since then, they have performed locally with aspirations of reaching global audiences.

Both queens are skilled in their crafts. AUDIADASOUND has been the primary producer of Avant Garde Exchange, LLC since 2007. Rhonnie has mastered audio engineering while having the opportunitiy to intern at Music Box Studios and Sound Resort Studios, both located in Atlanta, GA. Through collaborative songwriting, production and recording, these two combined embody the beacons of modern creativity in the realm where femininity is underestimated.

THE QUEENDOM’s first piece was featured on the CLASSIK Apparel compilation “Been Good, Vol. 1” on the track entitled "F.D.B.S.”. Since becoming a duo, they’ve released their debut album entitled “Queenshit Era” and promotional singles, “Come”, “#QUEENSHIT”, and “DUTY”. They have recently opened up for Trina and Lil Wayne during A3C Festival 2018 as well. Be on the look out for their regional tour in the Spring of 2019.