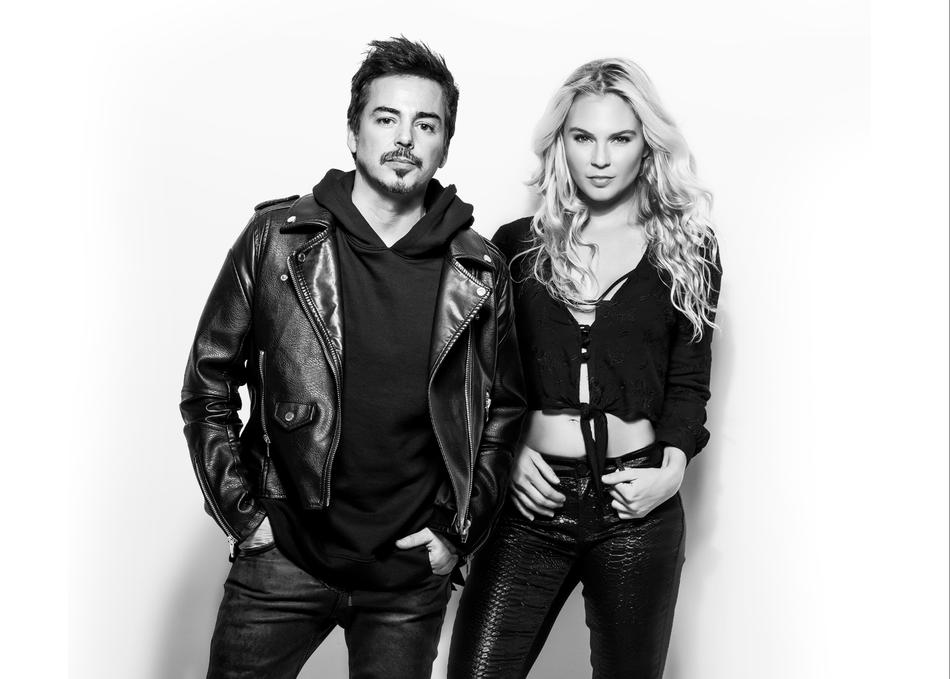 Nestled somewhere between the beauty of love and the turmoil of chaos comes the unique sound from Texas artists and long-time co-collaborators, AJ Vallejo & Kendall Beard.

Both artists on their own, have quite an impressive resume of experience in the music world. AJ fronting his heavy-touring Sony recording act Austin rock band, Vallejo for over a decade touring with the likes of everyone from The Black Crowes, Matchbox 20, Stone Temple Pilots & Blues Traveler, and Kendall enjoying national success as a finalist on Season 8 of Fox's American Idol as well as her own solo career.

AJ , being voted 3-time Producer of the Year at the Austin Music Awards, teamed up with Kendall after her Idol stint recording her 2 full-length albums. The studio relationship during that period proved to be so fruitful that the powerful songwriting duo came together as a duo project to create something new with an undeniable chemistry that carries over into each and every song.

On their debut EP Love & Chaos, AJ & Kendall bring different styles to the table and somehow manage to consistently find middle ground as they create fresh & exciting music together. Their first single/video Ready For War mix