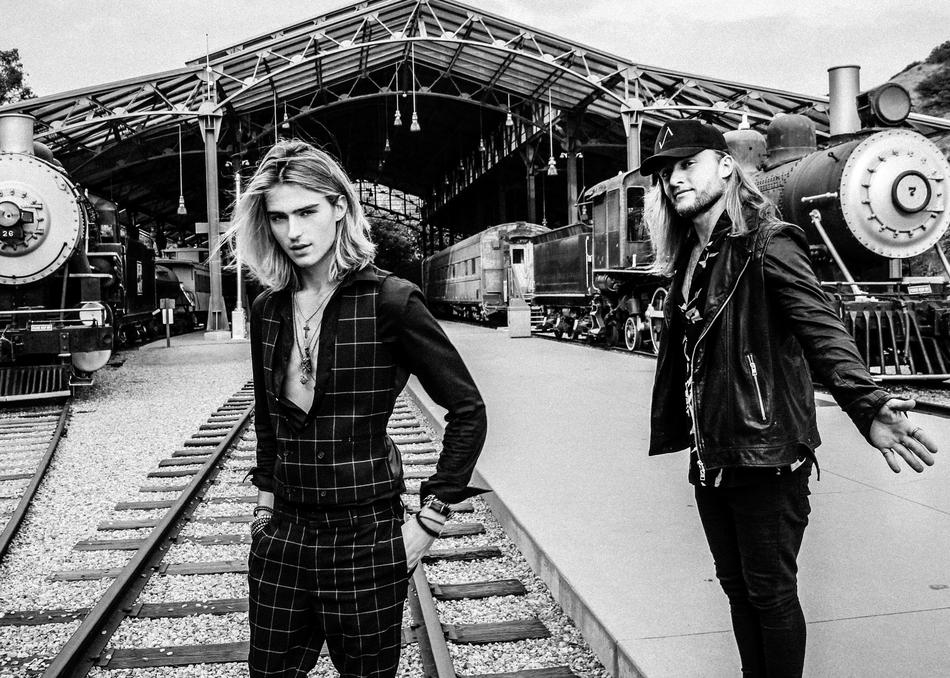 “Refreshing,” “Romantic,” and “Relatable” are a few of the terms used to describe L.A.- based pop/rock act VOILÀ. Gus Ross and Luke Eisner, respectively from London and Wisconsin - combine authentic production, emotive vocals and magnetic lyricism as a duo.

Ross started out busking around London, which led to playing shows in London’s infamous West End: even performing for the Queen. He is fascinated by the technicality of music and handles production. On the other side of the world, Eisner’s passion for music came through lyricism: fascinated by timeless literature, he fronted bands in the midwest scene. Eisner, also maintains a professional modeling career, which helps craft the duo's aesthetic. Luke also is the lead in an upcoming Netflix original movie, "Tall Girl," produced by McG and coming in Fall of 2019.

VOILÀ started 2018 as one of BBC Introducing Solent’s “Ones to Watch.” After success on Spotify and BBC radio, the band drew eminent praise from the likes of Billboard, Pandora, Ones to Watch, and more. Their most recent single "Don't" debuted at #19 on Spotify's New Music Friday. In 2018 alone, they have supported Kesha, The Fray, and X Ambassadors.