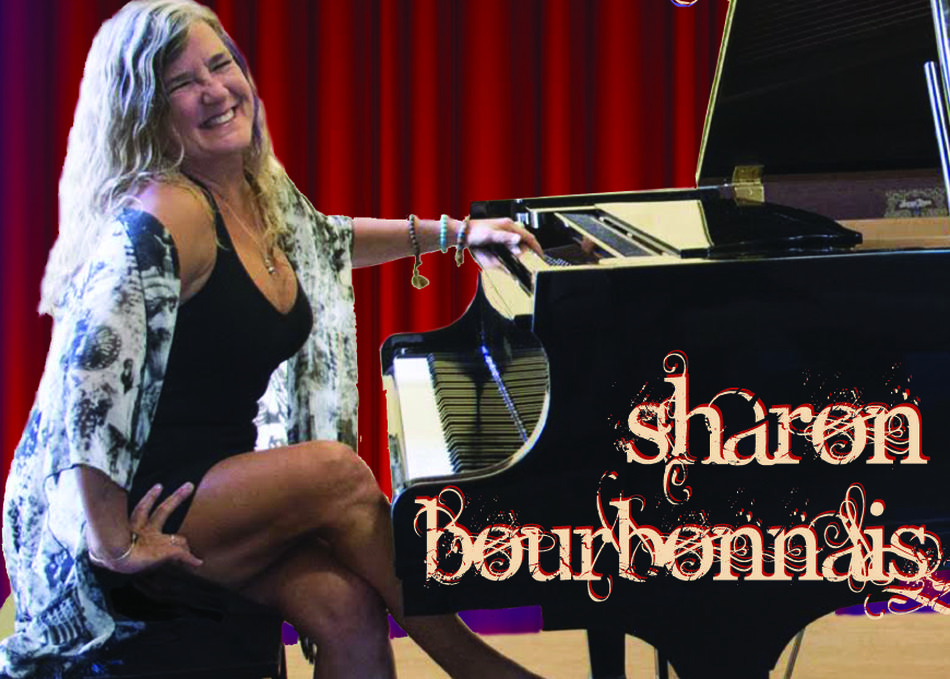 Somewhere in between jazz and blues you'll find the music through the heart of Sharon Bourbonnais. When you see her fingers glide effortlessly across 88 keys and hear her sultry voice inviting you to share in clever, insightful stories, you immediately sense this is not your typical singer/songwriter fare. Occupying a fun niche between New Orleans inspired jazz and Texas blues, Sharon’s music swings and sings of romance, dance and elegance.
Sharon and her band have residencies in Austin at the legendary Elephant Room and the historic Driskill Hotel Bar. She tours frequently in Texas, New Orleans, the Midwest and Hawaii. She’s working on a new record with noted producer and music legend Chris Gage with plans to release in 2019. Sharon has been the number one Austin Jazz artist on music site Reverbnation for over two years. She will tour Spain in early Fall 2019 including a return performance at the Pueblos Blancos Music Festival.
BMI artist Sharon Bourbonnais has two CD releases to her credit including Reves in 2010, A Girl’s Gotta Play in 2017 and a special edition EP Generations 2018. She is a voting member of the Recording Academy/Grammy's.