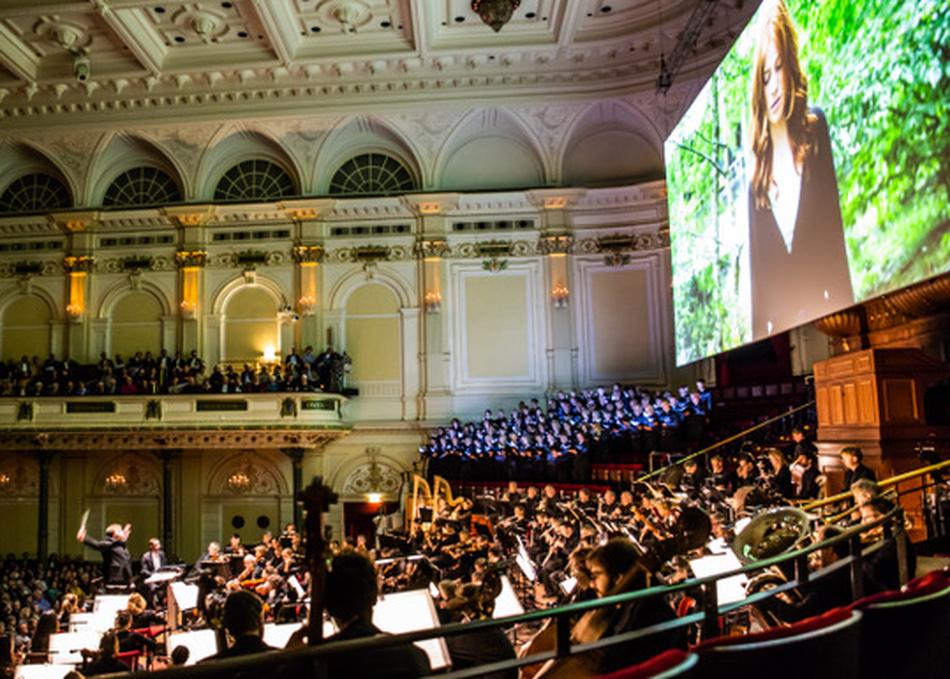 Symphonic Cinema is an innovative new format, in which classical music masterpieces are visualized into newly created dramafilms. The films are presented in concert halls around the world with live orchestra. Using customised software, filmmaker Lucas van Woerkum follows the conductor and orchestra’s interpretation, matching tempi and dynamics to create a visual layer as he performs as ‘image soloist’. In contrast to the modern 'film live in concert' format, the film responds to the music. Conductors and orchestras are free to perform completely unrestricted and interpret the music as they wish, whilst the audience is drawn even deeper into the stories of the music. Symphonic Cinema debuted in 2010, and in 2015 the first feature-length production (Stravinsky The Firebird) received five sell-out performances at the Royal Concertgebouw, Amsterdam, after which the film toured around the world with highlights in London with the BBC Symphony Orchestra and in Beijing at the National Center for the Performing Arts.