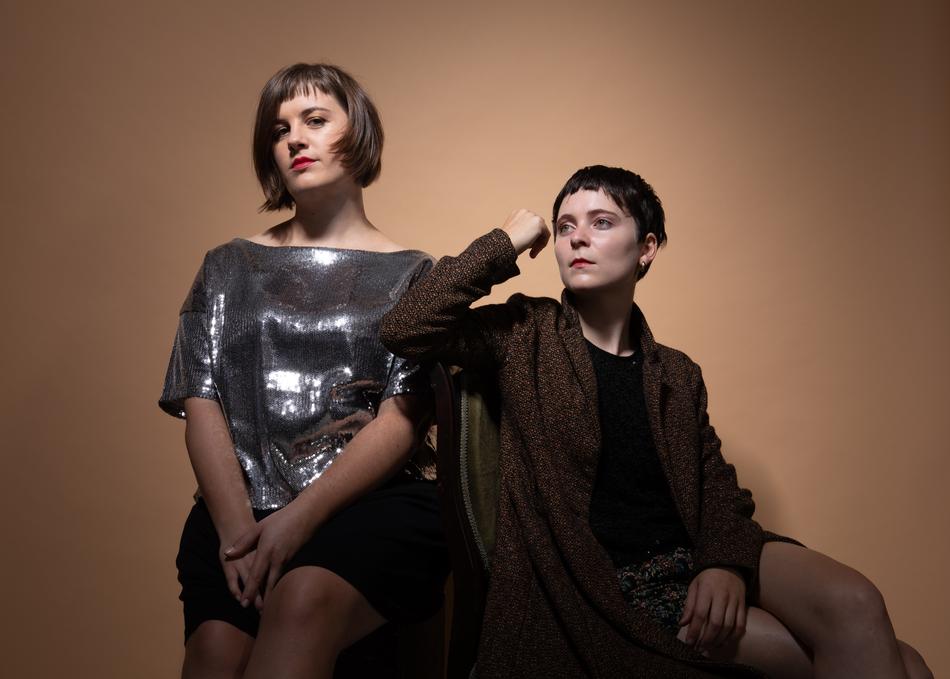 Since breaking through the hemispherical sound barrier, Australia’s Oh Pep! have become many things to many people. The duo’s kinship is palpable not just in the way they relate virtuosically, but in the stories they conjure together and the ways they emote them to the audience.

Oh Pep! released their second full-length, I Wasn’t Only Thinking About You...(Oct 26 on ATO/People Speak Records)— have always been as driven as they have been wildly creative. The duo met almost a decade ago, while attending a performing arts high school in Melbourne and it was fateful.

They wrapped up touring their debut album ‘Stadium Cake’ at Glastonbury in 2017. That year they had shared stages with heroes like Billy Bragg, Lake Street Dive, Martha Wainwright, Valerie June and the Mountain Goats. NPR enthused that they were “thoughtful, deep, funny, and poetic.” The New York Times marveled at how adept they were at “sharing a melody that’s both angular and affectionate.”

Now with their sophomore, Oh Pep! explore the melody-rich expanse between indie pop and alt-folk, while dipping into themes of growing older, and seeing the world.