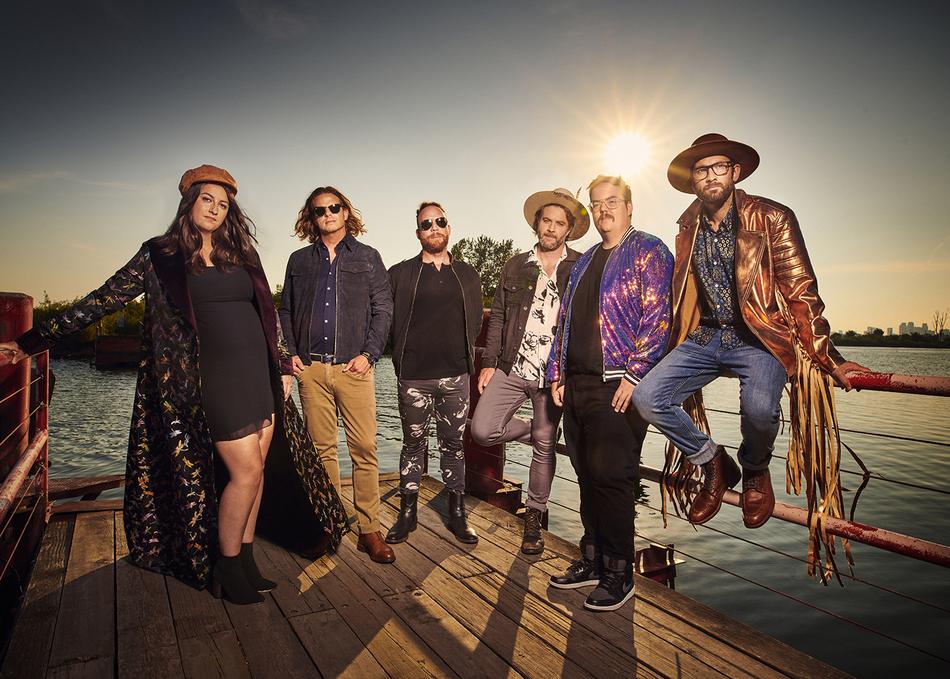 The Strumbellas know how to plot a long game. The six-piece collective may have rocketed to mainstream success two years ago with their breakthrough hit "Spirits," but have always been thinking one step ahead.
For the group, their new single "Salvation", marks a stylistic turn from their melancholy, introspective releases. Over a punching backbeat, vocalist Simon Ward sings optimistically of life and the good that it can bring.
The band, which is currently in the studio working on its fourth album, is riding high on the success of its last project Hope, which released in 2016 via Glassnote Music (world ex-Canada) / Six Shooter Records (Canada). "Spirits" became a runaway hit for The Strumbellas, hitting No. 1 on the Billboard Alternative Songs chart and cracking the international market in countries including Germany, Italy and France. In 2017, they won the iHeartRadio Music award for Best New Alternative Rock Artist of the Year, and collected the JUNO Award for Single of the Year.