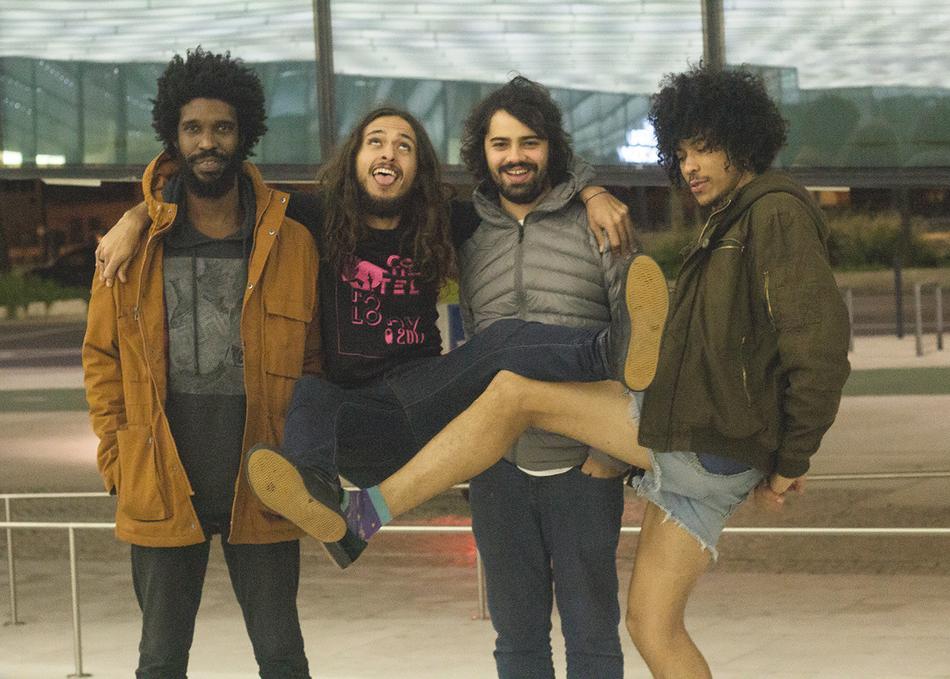 Boogarinsbegan playing music together as teenagers in the central Brazilian city of Goiânia – creating psychedelic pop in their parents’ gardens, filtering their country’s rich musical history through a very modern lens. Soon after the group’s home-recorded debut LP, ‘As Plantas Que Curam’ (2013), was released worldwide, the group was headlining clubs and playing festivals from Austin to London, Paris to Madrid, New York to San Francisco, Santiago to Mexico City, playing alongside many great artists around the world.

With glowing praise from critics abroad and a Latin Grammy nomination, the band has it's 4th studio release ready coming. Sombrou Dúvida will be released worldwide on OAR on May 10, 2019 alongside Summer festivals.