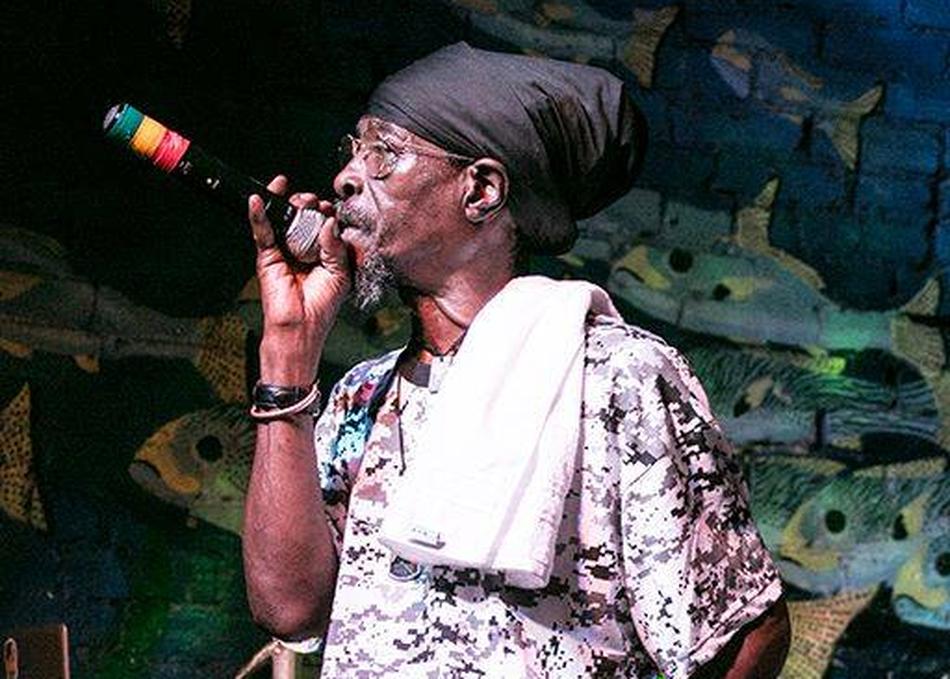 General Smiley began his career in the late 70's at Studio One under the direction of Sir Coxsone Dodd as one half of the legendary 'Michigan and Smiley'. The duo recorded their first number one hit, 'Rub a Dub Style', followed by 'Nice up the Dance' in 1978 and were later one of the first artists distributed on Bob Marley's Tuff Gong Label with their worldwide smash hit 'One Love Jamdown' in 1980. Michigan and Smiley gave a dynamic performance at the annual Reggae Sunsplash Festival in 1981, which led to a debut appearance in the UK where they topped the bill at the Black Echoes Reggae Awards Show. Throughout the 80's Michigan and Smiley continued to chart worldwide and the two enjoyed a revival in the 90's when some of their earlier hits resurfaced through VP records in the U.S. As a solo artist, General Smiley has released three solo albums; 'Aim Goal Plan' (2007), 'Stages' (2012) and 'General Smiley Meets McPullish at Dub Cove' (2012). Currently General Smiley continues to tour and perform with his Texas based band Lakandon (aka Dub Gideon) and is preparing to release his latest album 'Lone Star General' by mid 2019, featuring songs from various Texas Reggae production teams.