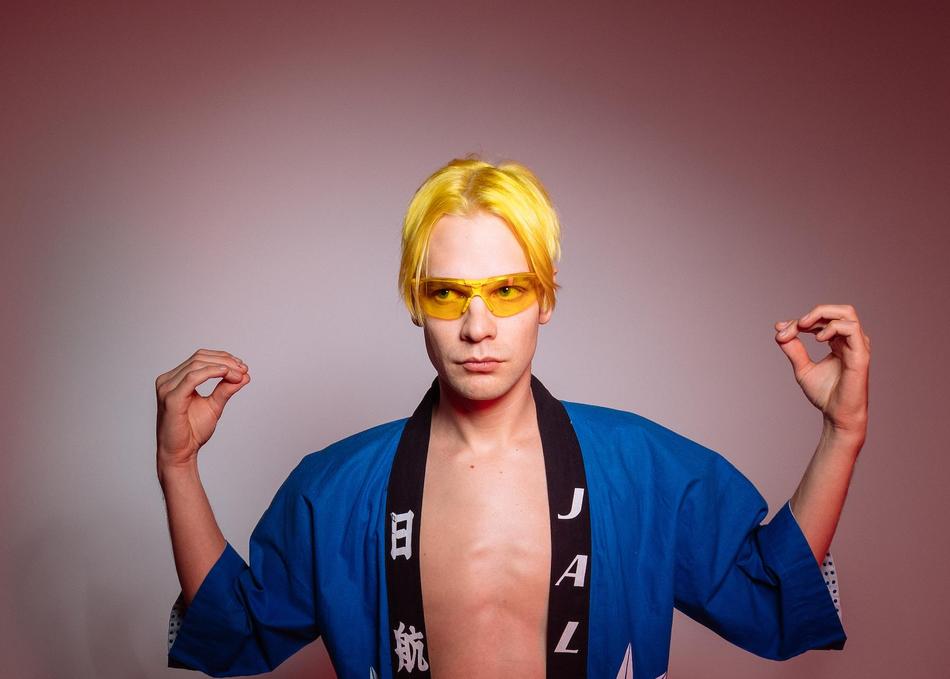 Doing what many only threatened to do, in 2017 songwriter Sterling Fox moved to Canada to protest the anti-environmental policies of the US government (among other things). A year later, he reemerged with Baby FuzZ, a bizarre alt rock/glam pop band with a rotating cast of contributors and members. Baby FuzZ's music fuses a number of styles from emo to rock and roll to creepy pitch shifted ballads. Described as “one of the most slept on acts in music” by Hillydilly, Baby FuzZ released a litany of brilliant singles in 2018 and drops a debut album Plastic Paradise on February 26. Baby FuzZ has also made a name as an enigmatic video artist, constructing some golden era MTV style music videos. Drawing comparisons to everyone from Billy Corgan to Elton John and Elliot Smith, it's hard to pin down exactly how to classify BF. In the past, Fox, the frontman of Baby FuzZ, produced “Video Games” by Lana Del Rey and has written for the likes of Madonna, Britney Spears, and Avicii, so there is a decidedly surreal pop sensibility to the weirdness. But with a charmingly punk ethos and a unique self produced album, Baby FuzZ just might be the strange new arrival the alt rock world needs.