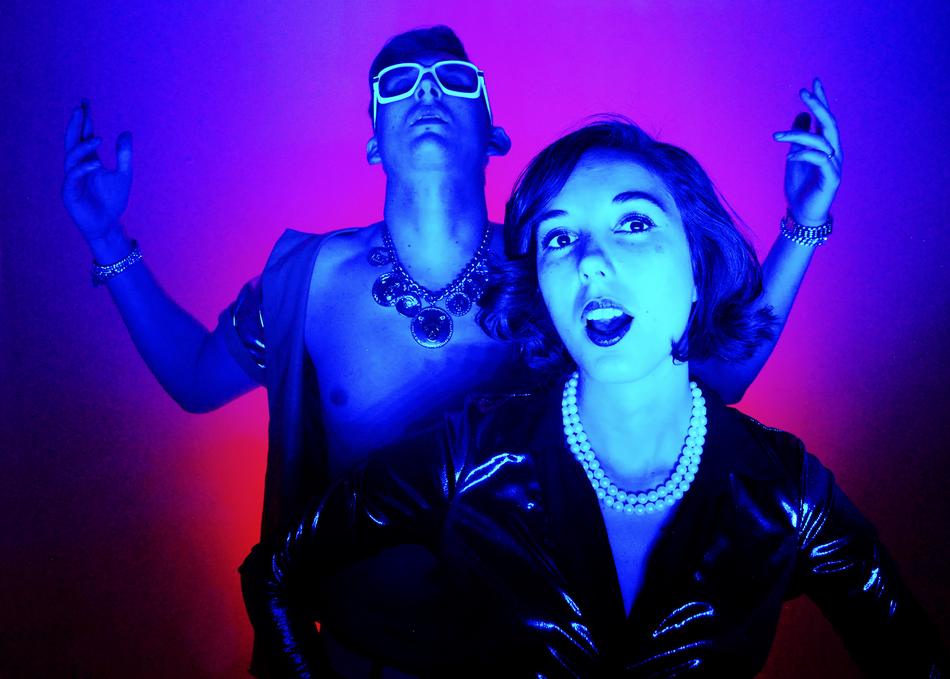 Crunk Witch is an electro-pop duo from Presque Isle, ME. The band was formed in 2009 by married couple Brandon Miles and Hannah Colleen.

"One of the best bands from Maine."
- Paste Magazine

"A big sound showcasing a mastery of production and vocal fireworks."
- The Big Takeover

Their music blends pop, rock, and various electronic genres. Many of their lyrics are set in a science fiction reality and involve themes of adventure and romance. The group spends a large portion of the year performing at events such as SXSW, PAX East, and a variety of other venues across the U.S. Crunk Witch has released four full-length albums and sold over 30k albums and singles worldwide. For more info contact: booking.crunkwitch@gmail.com