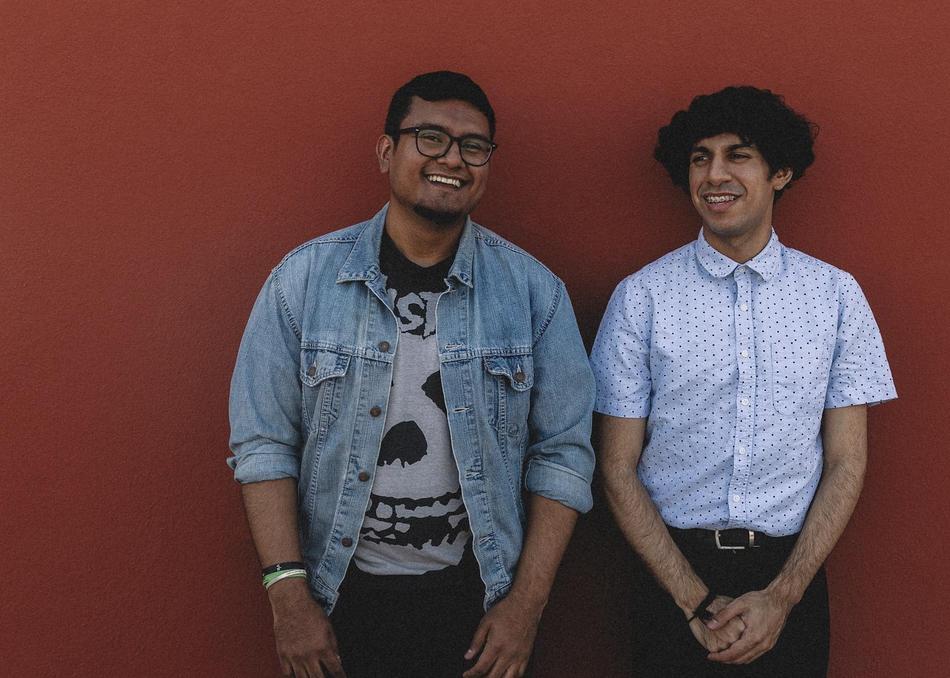 The Red Pears are an indie/alternative band from El Monte, CA. The band consists of Henry Vargas on guitar and vocals, Jose Corona on drums, and their good friend Patrick Juarez helping on bass. The group started in the summer of 2014, when Jose and Henry got together with talks of forming another band having known each since high school and playing in different groups, separately and together. Things took off from there as they both shared similar influences, similar backgrounds and similar mindsets and visions.

They started as a duo, with their first gig together being an open mic at a church. The duo became a trio and started playing anything from house parties, to bars, to coffee shops, to open mics. Things started moving fast as the release of ‘We Bring Anything to the Table… Except Tables, We Can’t Bring Tables to the Table’, garnered unexpected attention. They have continued playing and noticed a growth in their audience throughout the years since.

With a very loyal and supportive fan base, and with their latest record, ‘For Today, For Tomorrow, For What Is, For What Could’ve Been’, the group is reaching new heights and new territory.