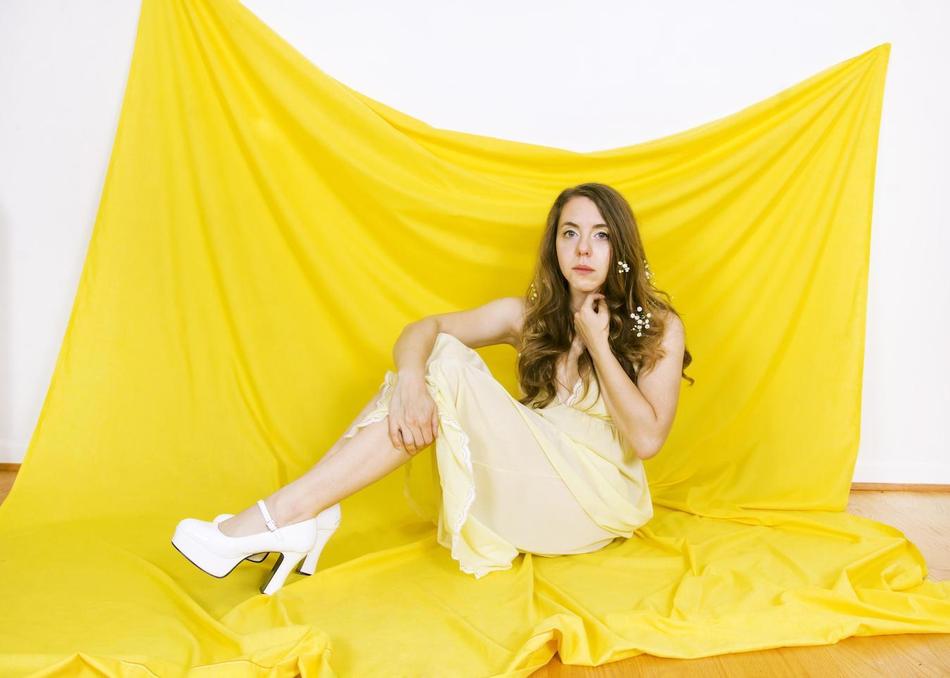 "...All That Wanting takes on a theatrical sweep and rock & roll edge as Morales delivers her dusky ruminating with a quaver somewhere between Joni Mitchell and Kate Bush." - Rolling Stone

Listen if you like: Angel Olsen, PJ Harvey, Mazzy Star.

Born to a family of artists and musicians, Claire Morales began playing music and making visual art at a young age. By middle school, she was performing her first solo sets at coffee shops, armed only with her father’s 1960s Gibson J-45 and a voice that many well-meaning people throughout her life would deem “more powerful than I thought it would be, looking at you.”

Morales went on to form a band, making a sharp shift towards rock n roll while keeping a love for lyrics and a strong singer songwriter sensibility. In 2018, she released her second full length album, All That Wanting. There is a vast sonic range across the work—a kind of genre defying fearlessness, passing fluidly between moments of intense drama, fuzzy psychedelia, poppy fun, quiet reflection, and cathartic release. Morales toured the US with her band last year to promote the new album with plans to tour more in 2019.