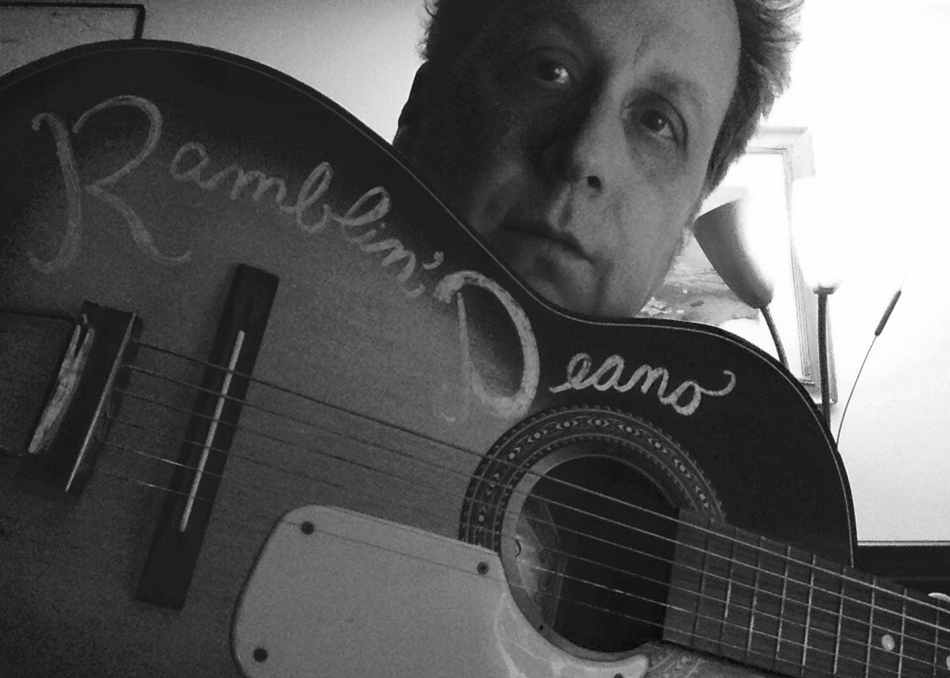 Dean Schlabowske's career as a songwriter, singer and guitarist spans over 30 years, most notably as a co-founder of Chicago's Waco Brothers. Since 1995, the band has recorded 11 albums for Bloodshot Records, and their "Cash Meets Clash" sound is considered an Alt-Country touchstone. Dean is also involved in many side projects such as Dollar Store, with two Bloodshot LPs to their credit, and collaborations with Austin, Texas musicians in Ice Cold Singles (featuring members of the Meat Purveyors) and TV White. The latest is a solo acoustic project under the moniker "Ramblin' Deano" and has resulted in two digitally released 10 song albums. The Ramblin' Deano records comment on America's current dark political times, inspired by the folk protest music of the '30s-'60s.